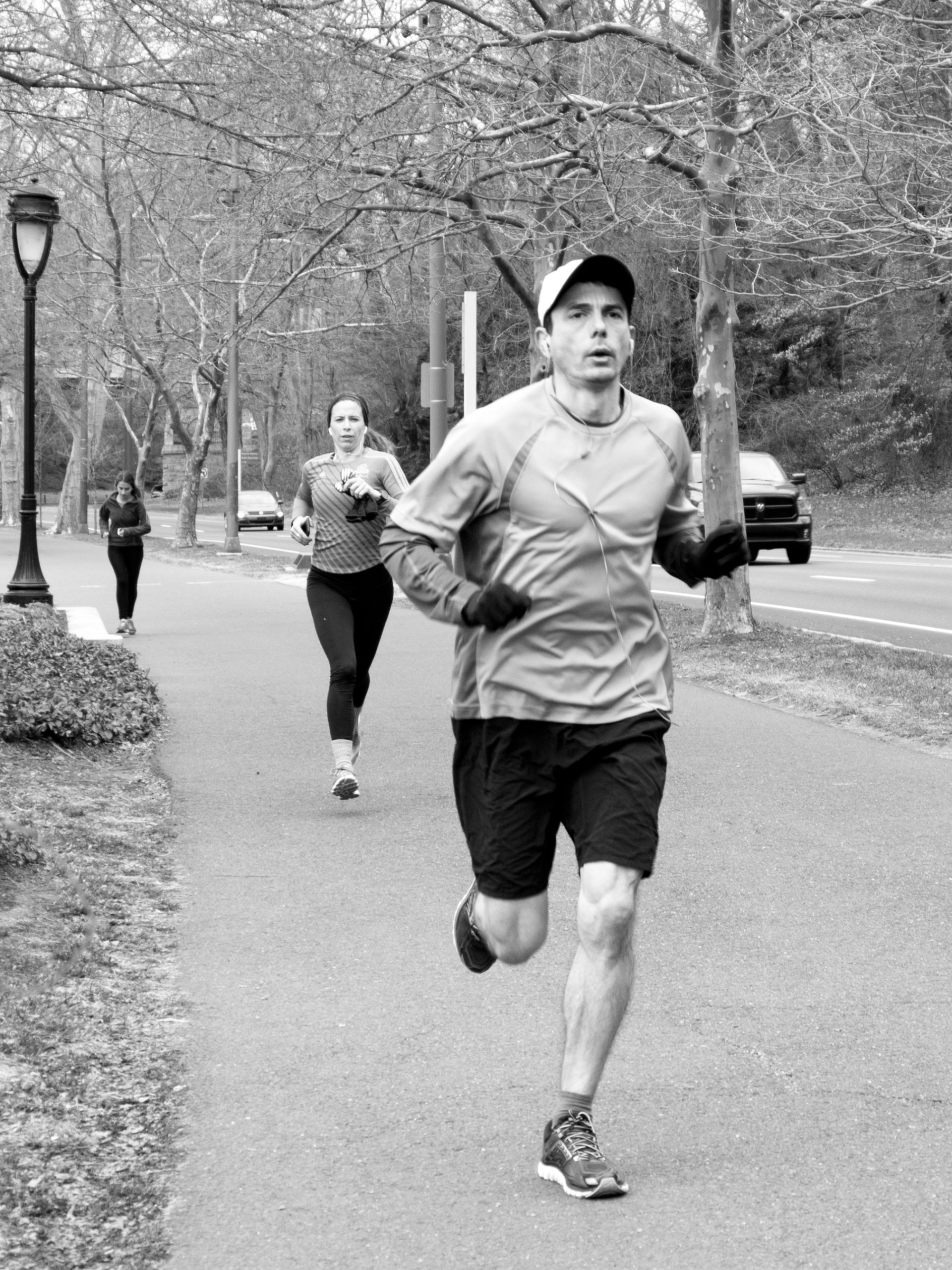 Hey y’all! This week’s topic was sports, which, ugh. Not my interest, not my topic. I did watch the Super Bowl though, but I was told photographing the screen wouldn’t count.

Being that it’s winter, I didn’t have a ton of options for shooting sports outdoors, which is what I wanted to do. Indoor sports are incredibly difficult to shoot with it’s weird lighting conditions (read some tips on it here,) and I would have felt strange just showing up to some random event. As it turned out, I was even weirder. I decided to go shoot at Kelly Drive, which is a trail along the Wissahickon River in Philly where people go to run and bike year round. There’s a section of it called Boathouse Row where the colleges keep their boats for crew, so I attempted to shoot a few boats on the water as well. Turns out people who are exercising don’t like being photographed. I was as stealthy as I could be, using my little Olympus with the back screen flipped out, but they always noticed me. No one said anything though.

I have very little experience shooting action, so this was a bit rough. I used the focus trap technique Tony demonstrates here:

I shot in shutter priority at 1/160th for runners, and a bit higher for bicyclists. I wanted to show a bit of motion, but freeze most of the subject. Here’s what I came up with: 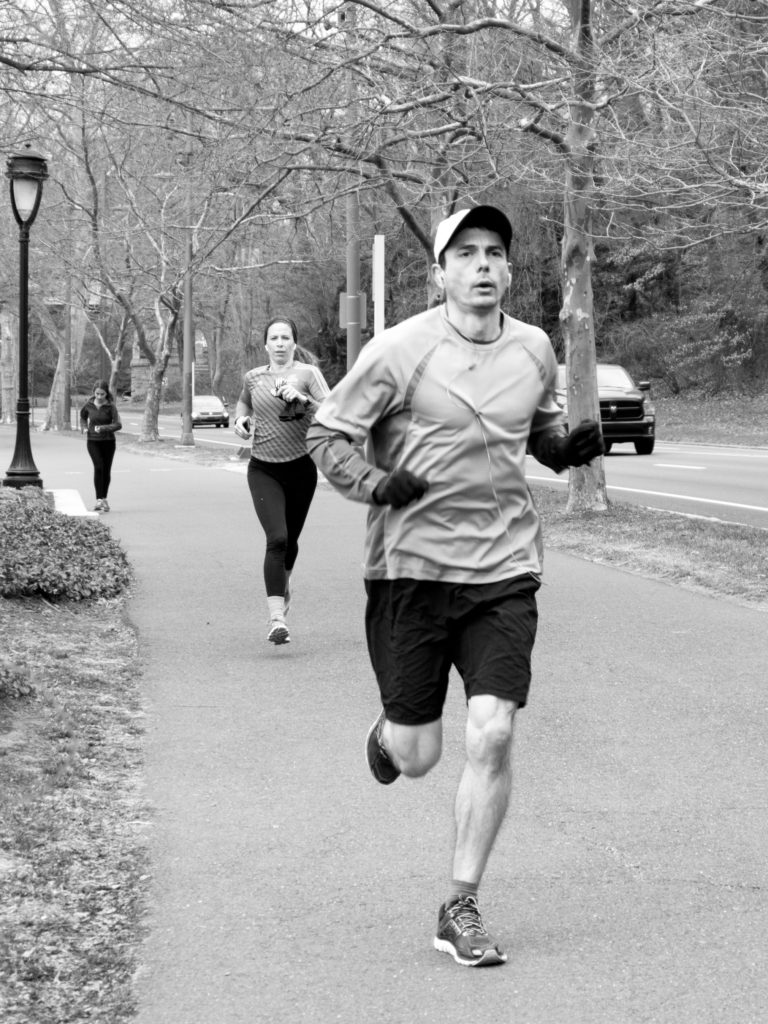 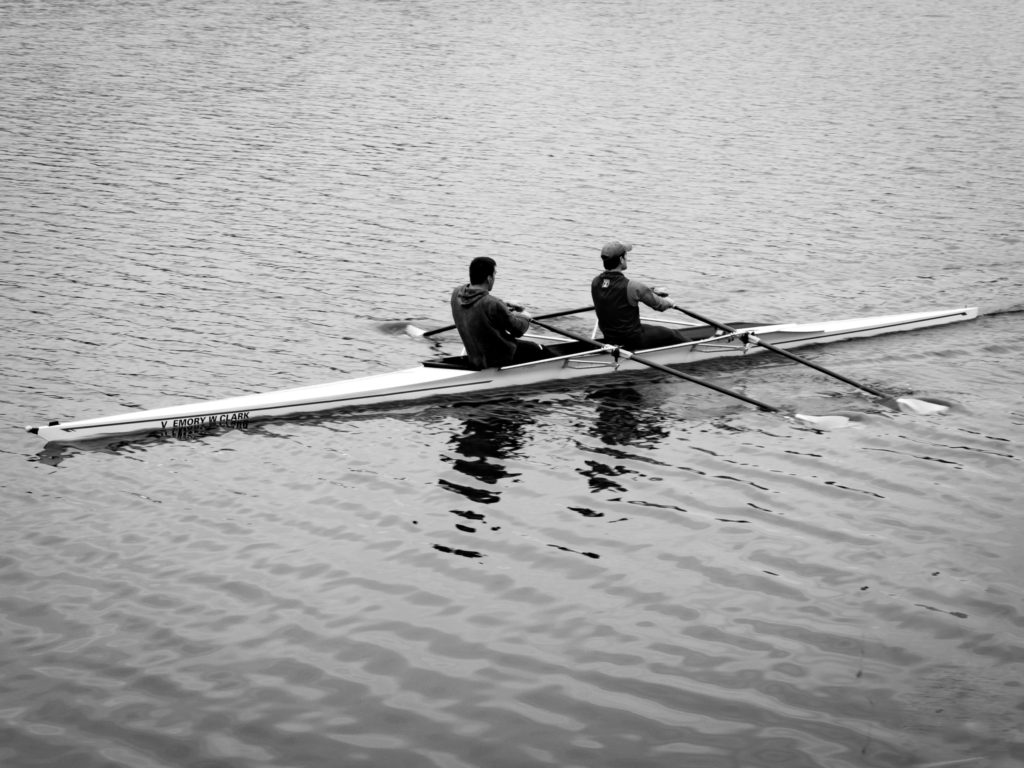 I wish they were facing me, but I couldn’t capture them once they passed. 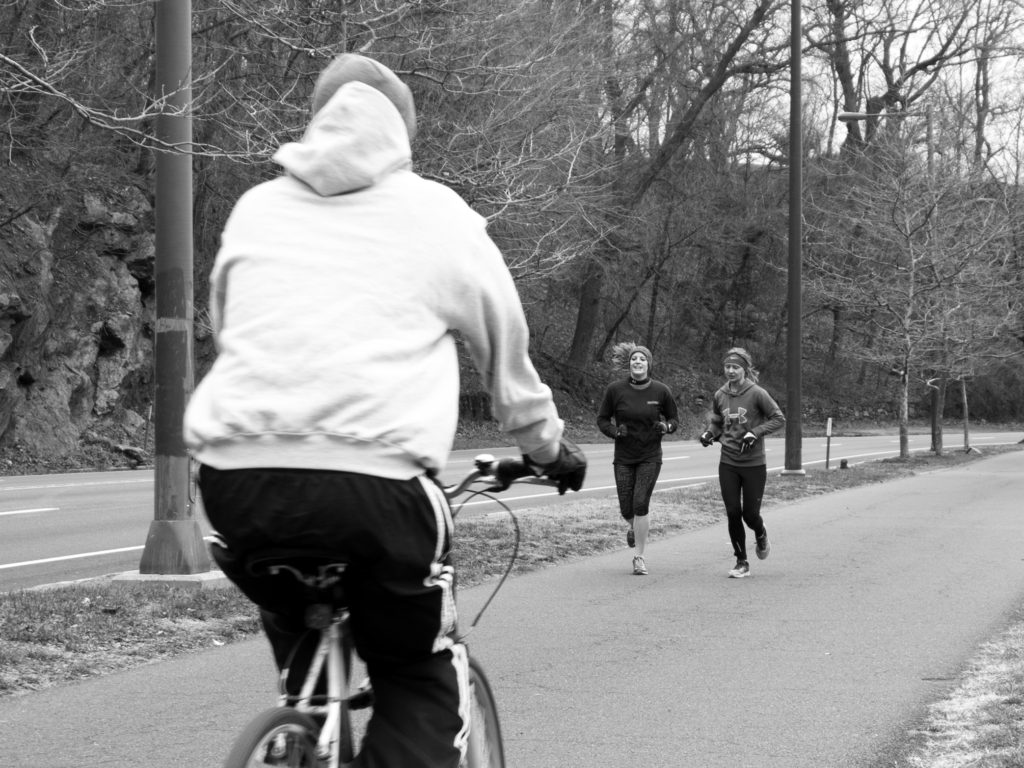 I had a really hard time with the crop for this one. I shot wider than this, but the women got lost. Not sure if I did well by cropping into the bicyclist. 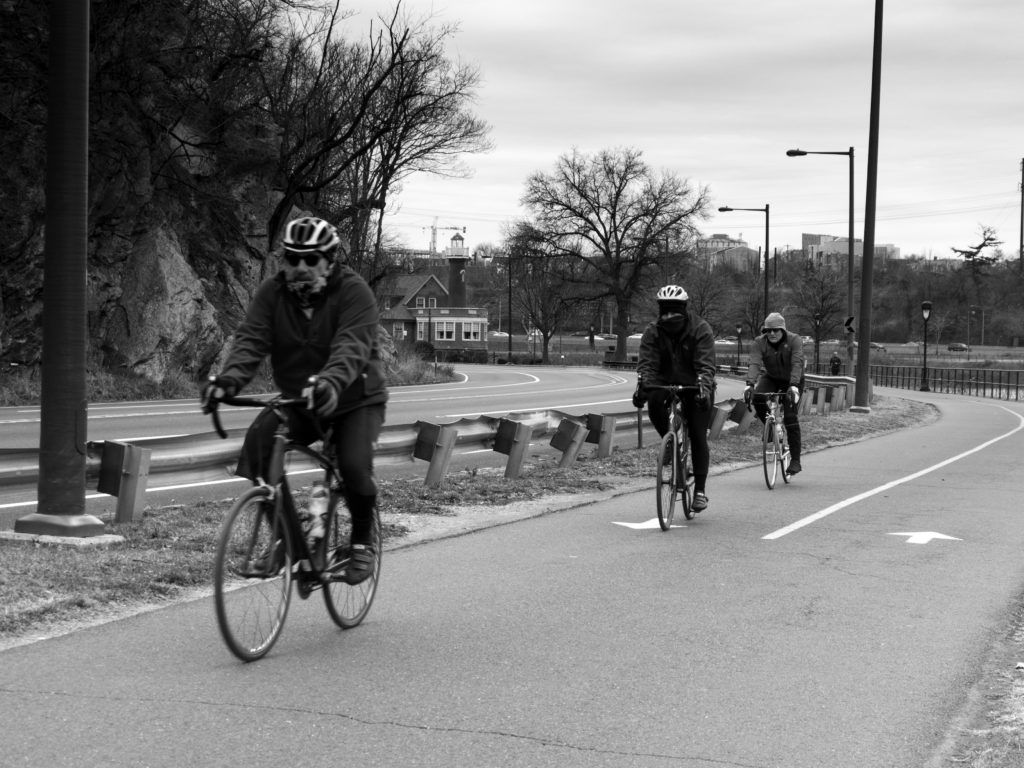 Three in a row.

I obviously did some editing to these shots, as they’re all in black and white. The weather was grey and most workout gear is bright, plus all the background made the shots very busy. Going black and white eliminates some of that and draws focus to the subjects. I did a bit of dodging and burning in Lightroom and sloppily cloned out a car or two in Photoshop (follow those links to see tutorials on each.)

So these aren’t the most compelling images. I would have liked to shoot some contact sports, but hopefully I can try that once it’s warm out again. Let me know how I did and what I could have done to improve!