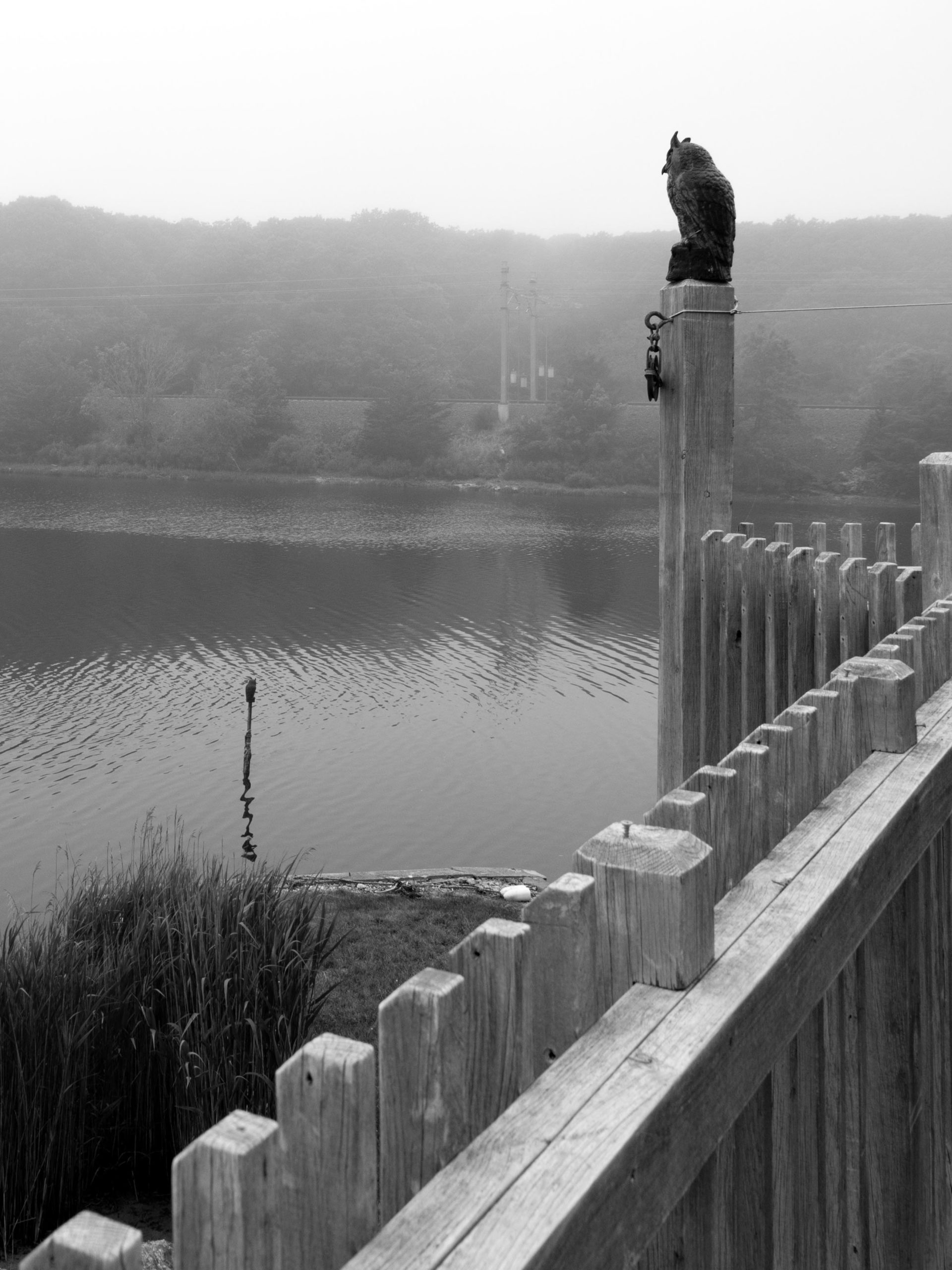 Hey Stunners! This weeks’ live show topic is black and white. I just so happened to shoot a few weeks ago when I was at my parent’s house in Connecticut over father’s day weekend. My parents live in the neighborhood my dad grew up in and where much of his family lived. His grandparents used to live on the Niantic river on an acre of land with grape arbors. My mom suggested going down to their old house to ask the current owner if we could photograph the area so that I could give my dad framed photos of it for father’s day. The man who lived there has owned it for 25 years and was happy to show us around and let me take pictures of the property.

These shots wouldn’t really stand alone as great work, many of the shots could use a focal point, but for the project they do what was intended. I chose to make most of them black and white so that they would look timeless and reflect the area as my father remembered it.

There are a number of reasons you’d choose to shoot black and white:

-to bring the focus to shape and texture

-to create a mood

-if the colors in the photo add nothing to it

This video is applicable to almost all types of photography, but especially b&w:

Here are my shots: 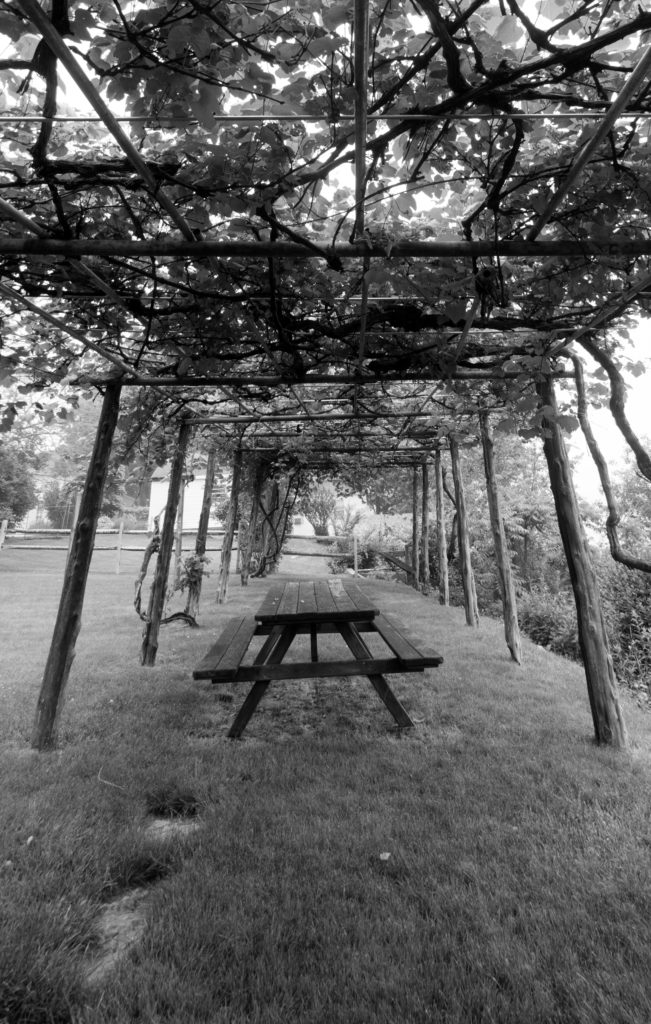 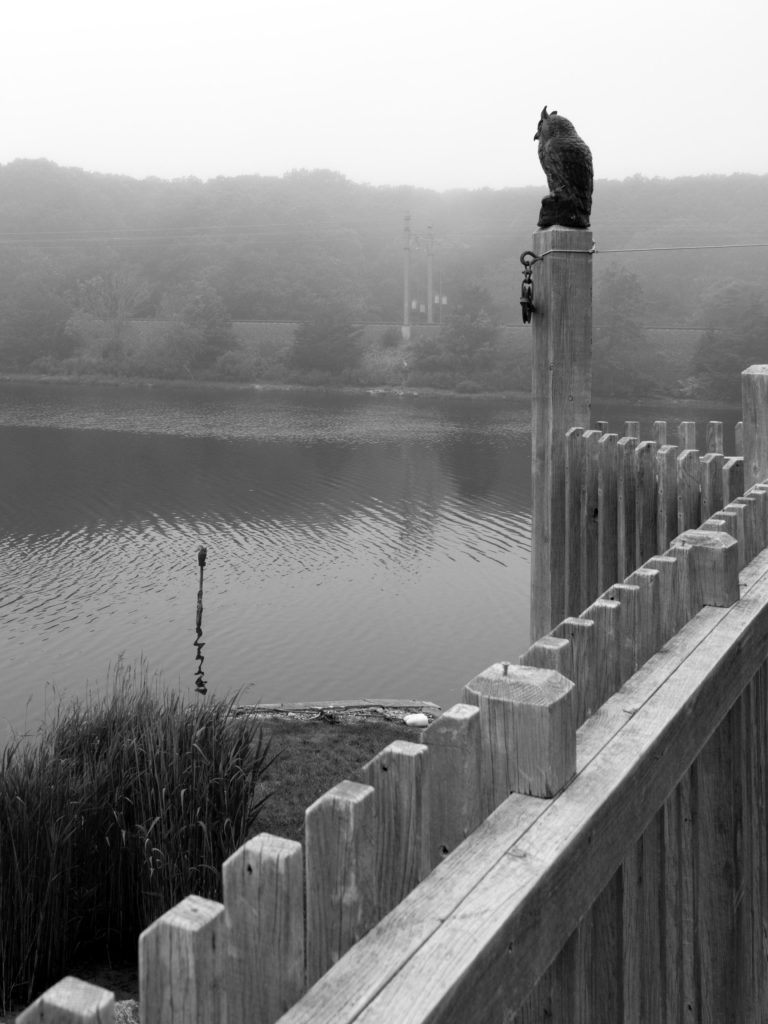 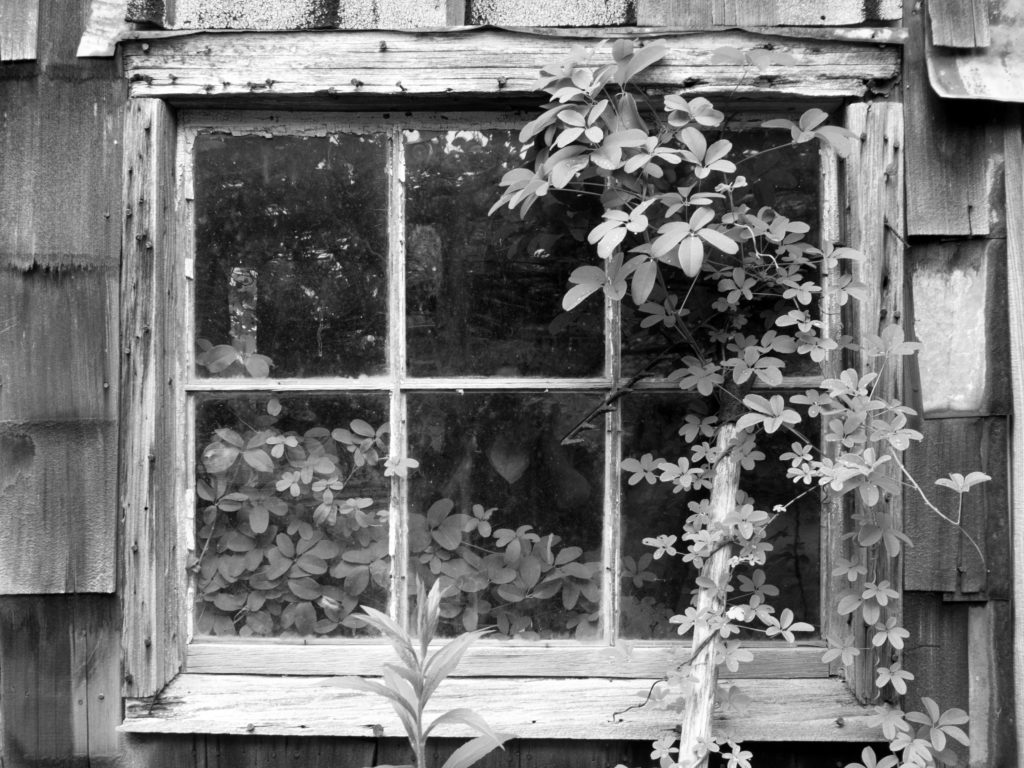 So you can see I didn’t have the best light, it would have been nice to go during the golden hour but time was limited. It also would have been better to go later in the season when the grapes were on the vines, but I’m sure I can try again. I liked the wide panoramas of the river the best. I used Photoshop to remove a few distractions like a lawn chair and some wood planks that took away from the timelessness of the scene.

This project was as much about the action of shooting as the resulting images. It was really powerful to walk on the land that my great grandparents owned and learn more of the history of it (The house used to be a speakeasy! There were underground tunnels for runaway slaves!) I hope I was able to capture any of that for my father.