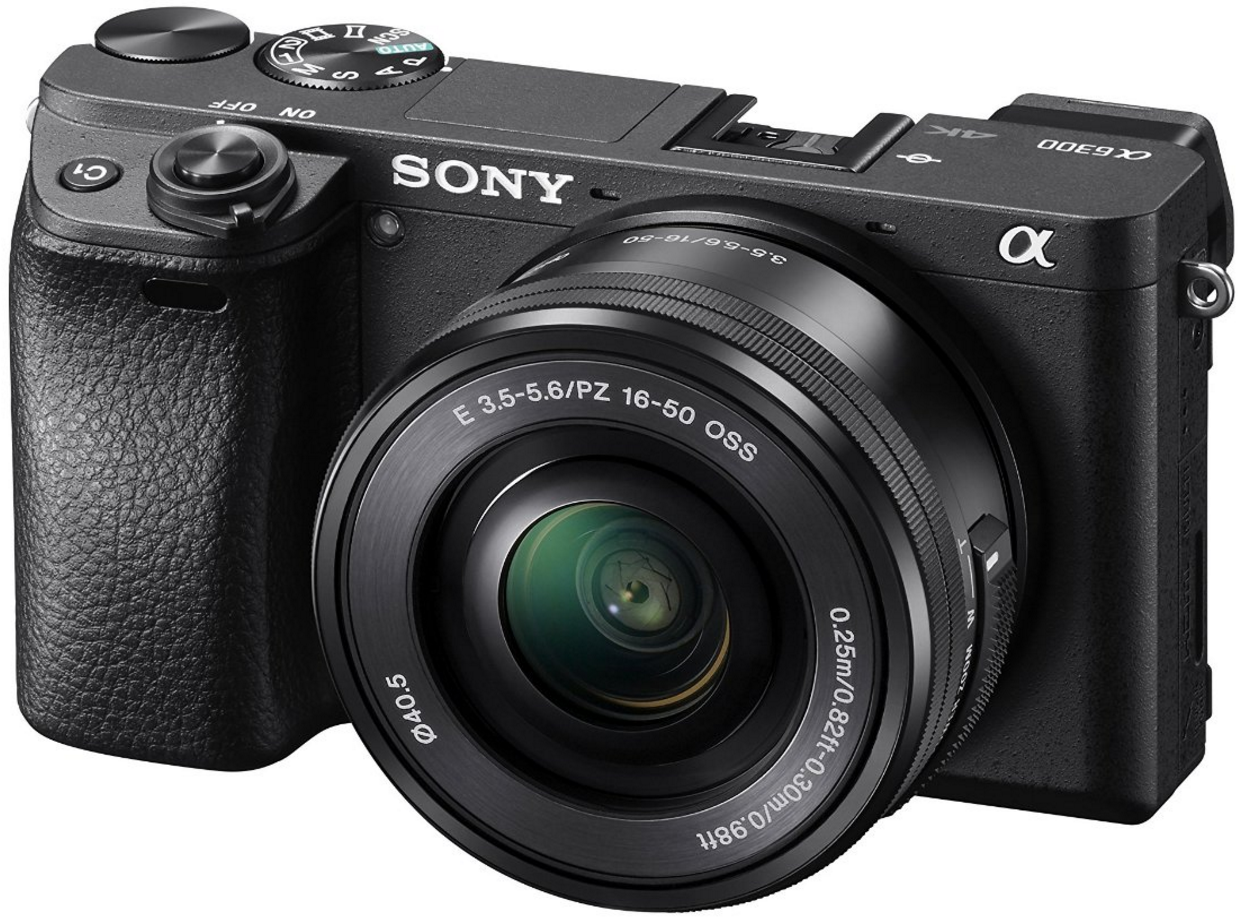 The $1,000 a6300 ($1,150 with a lens) is a compact camera that can do it all: landscapes, sports, low-light events, and portraits. In the Sony lineup, it’s the best choice for sports, and it’s the cheapest Sony to give you 4k and slow motion video. It’s the best all-around camera we’ve ever used, and it will be our top recommendation for beginning photographers who have the budget.

If you’re a DSLR shooter who is reluctant to bring a big DSLR everywhere, the a6300 can get great images without the burden. It has class-leading focusing, video, and still image quality.

While the a6300 is a jack-of-all-trades, it’s also a master of none. If you specialize in sports, landscapes, wildlife, portraits, or video, you might get more bang-for-your-buck with a different body. I’ll make alternate suggestions throughout this review.

The a6000 had class-leading image quality, and the a6300 is basically the same. Throughout the ISO range, if you look really closely, you can see just a bit less noise in the a6300’s raw files. Here’s a 1:1 closeup (if you click the image) with the a6000 on the left and the a6300 on the right at ISO 25,600. These images were processed with Sony’s raw processing software but they had the same amount of noise reduction applied. You can disregard the differences in color. 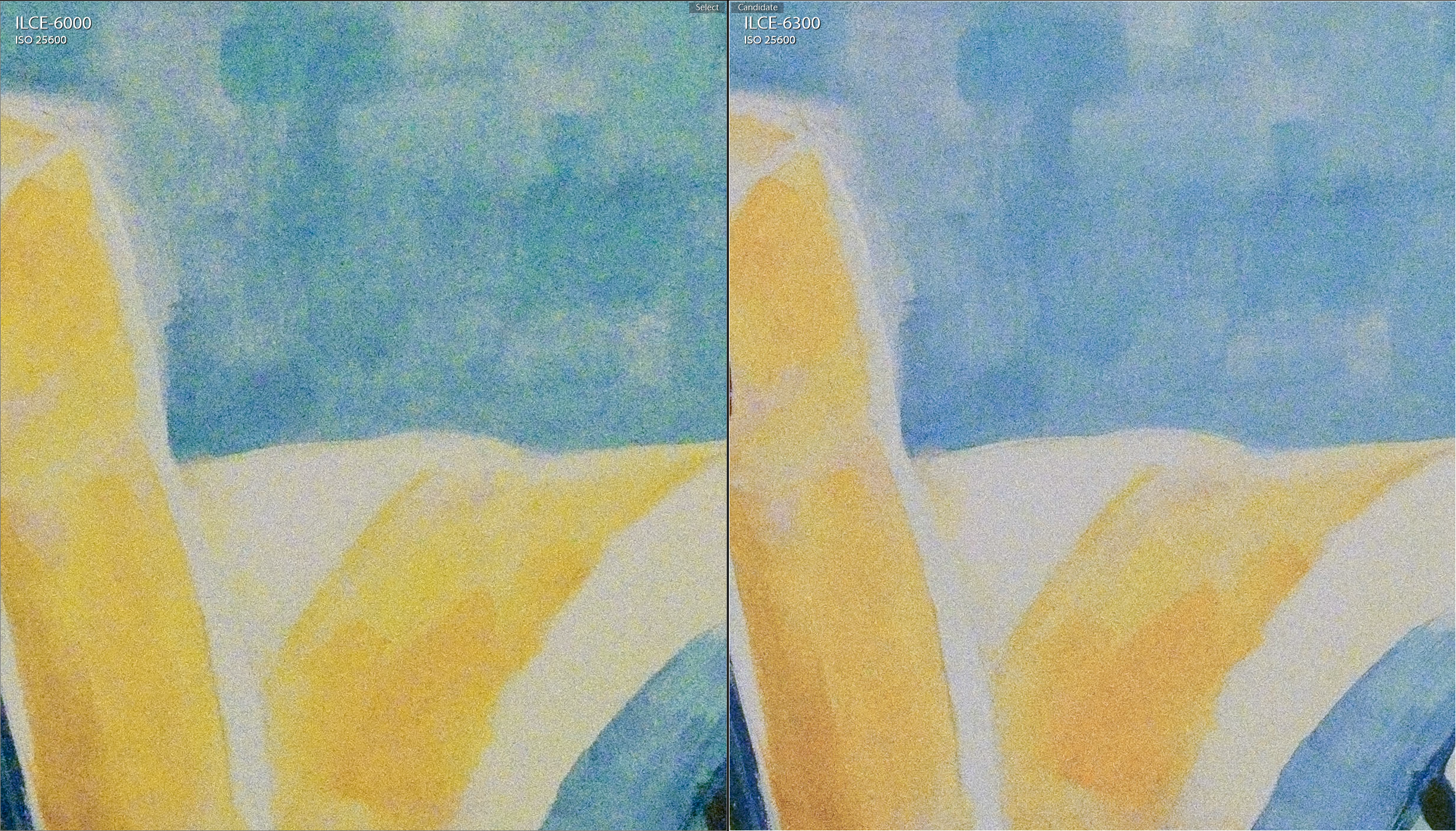 Every time a new generation of a camera is released, photographers hope to see 1-2 stops of image quality improvement. Based on our reviews and data from third parties, raw image quality improves by 1 stop every 8 years or so. Manufacturers often brag about bigger improvements, but they’re generally referring to JPG quality… and if you care at all about image quality, you’re probably shooting raw, anyway.

If you were hoping for a bigger jump in image quality, your best bet is to upgrade to a full-frame camera, like the Sony a7. If you have the budget, the a7R II has remarkable image quality.

For low-light shooting, you’ll see the most improvement by using faster lenses. For example, switching to an f/1.8 lens from an f/5.6 lens. That’ll give you about 3 stops of image quality improvement, and 8 times less noise in low-light environments.

Casual photography is where the a6300 excels. It locks into focus fast in any conditions, including low light. The tilt screen means you can easily hold it low to the ground or over your head. 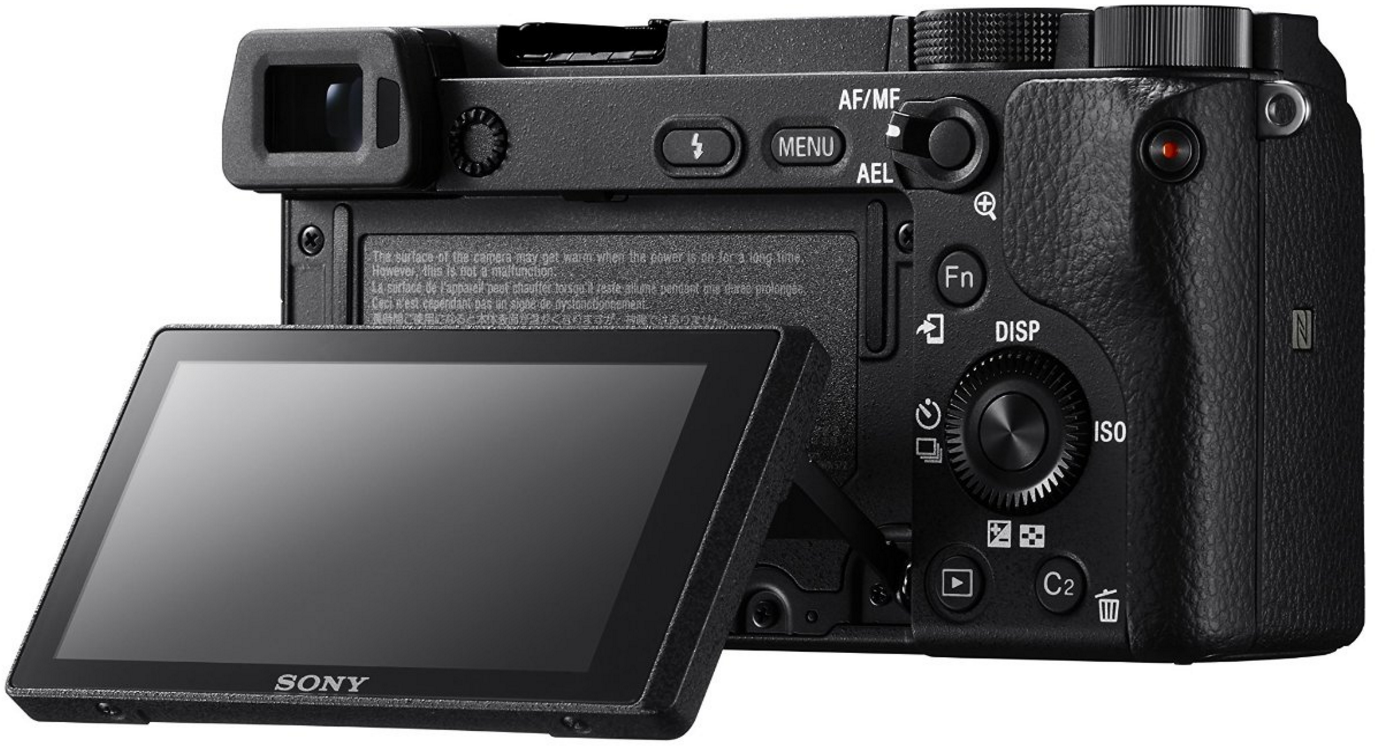 The raw files are as clean as any APS-C camera we’ve tested, and the dynamic range allows you to recover details in shadows and highlights, or fix exposure problems in post with very little penalty. The next pictures so the same shot straight out of camera, and after raising the exposure in post-processing. You can see that the raw file contains detail that you might think were completely lost. If you messed up your exposure settings, this can save your shot.

Click any picture to view the full JPG image, (usually) straight out of the camera. 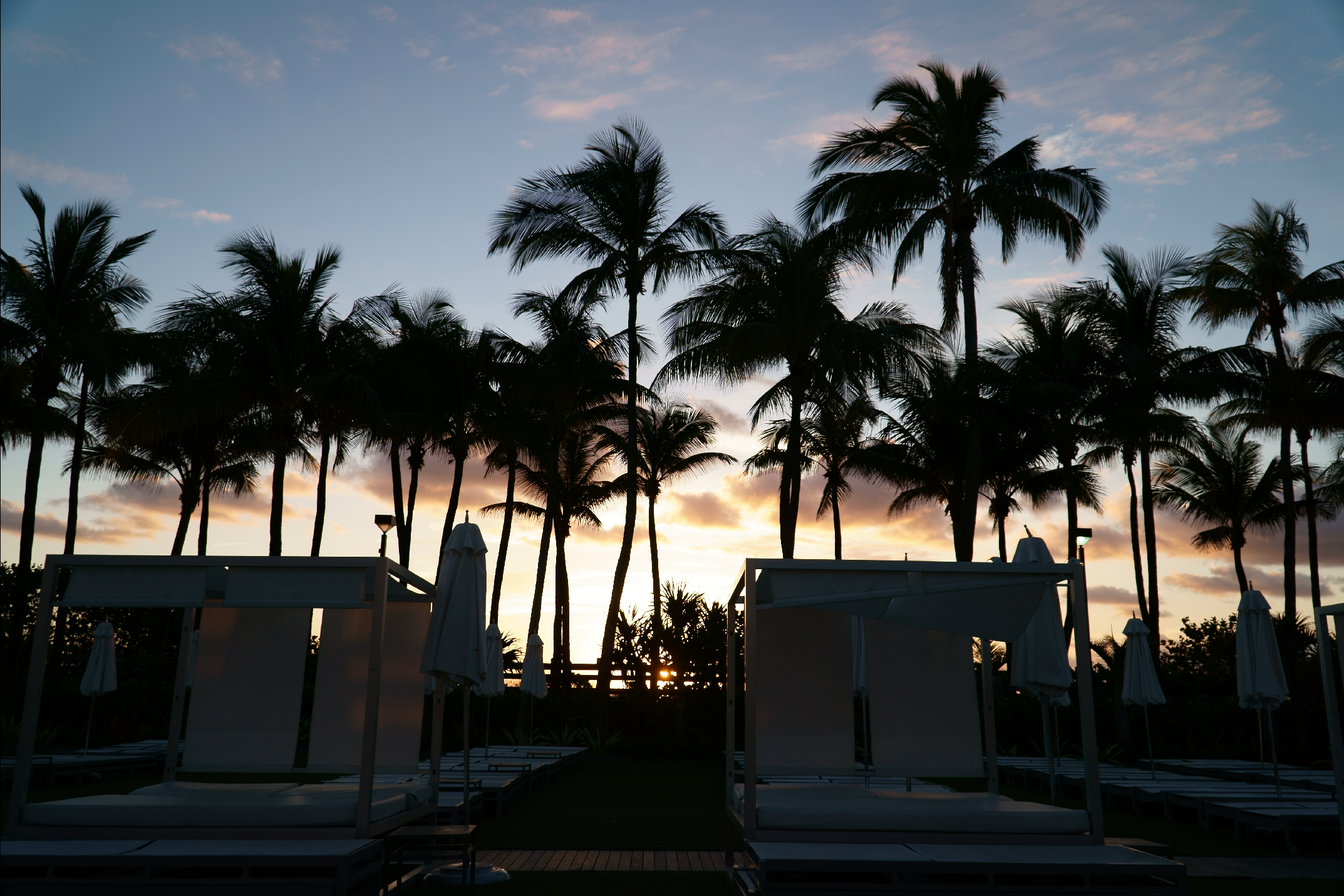 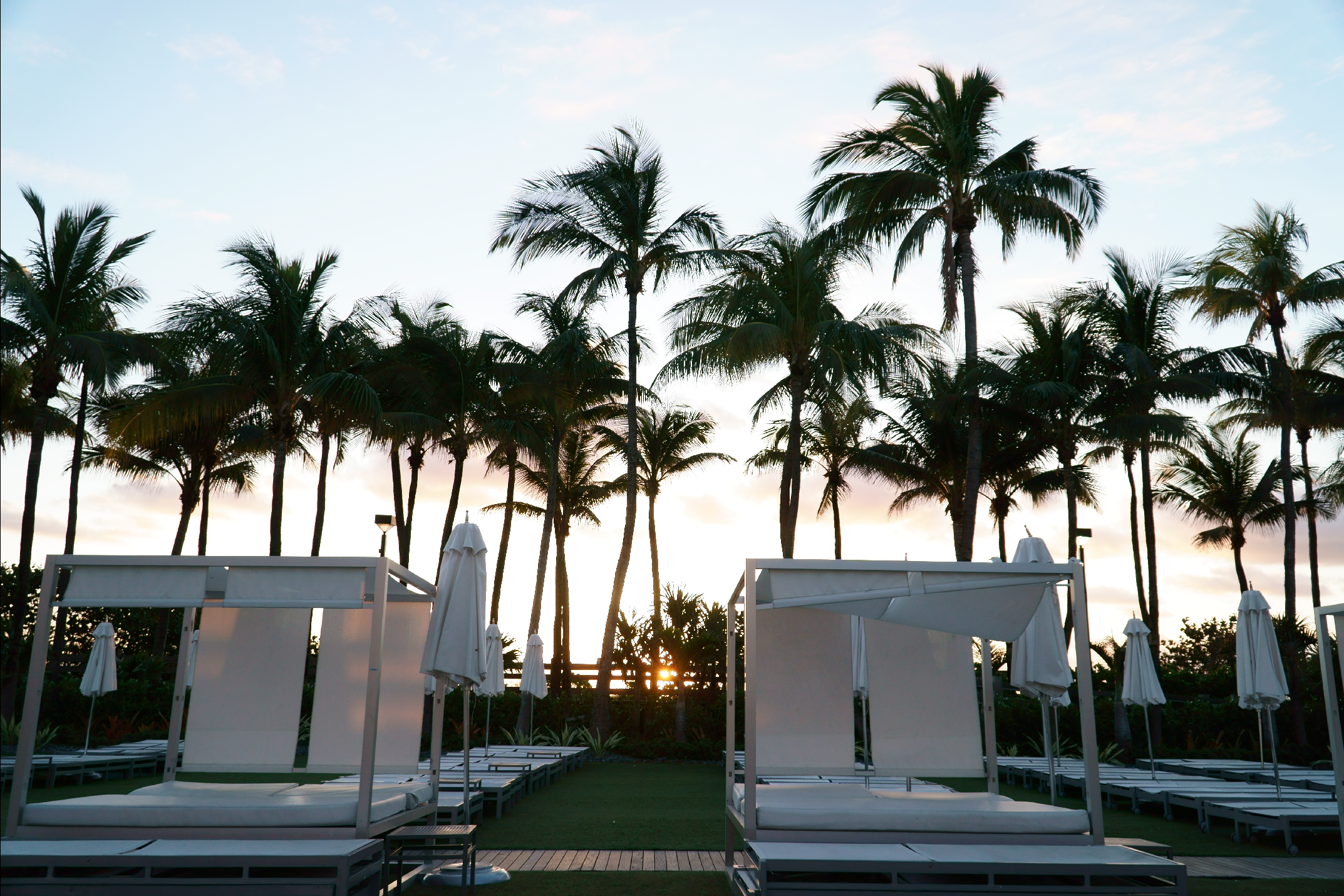 At night and in low light, like when you’re with friends at a restaurant, detail drops but the noise is tolerable, especially for sharing pictures online. These next two pictures were taken handheld at ISO 6400. 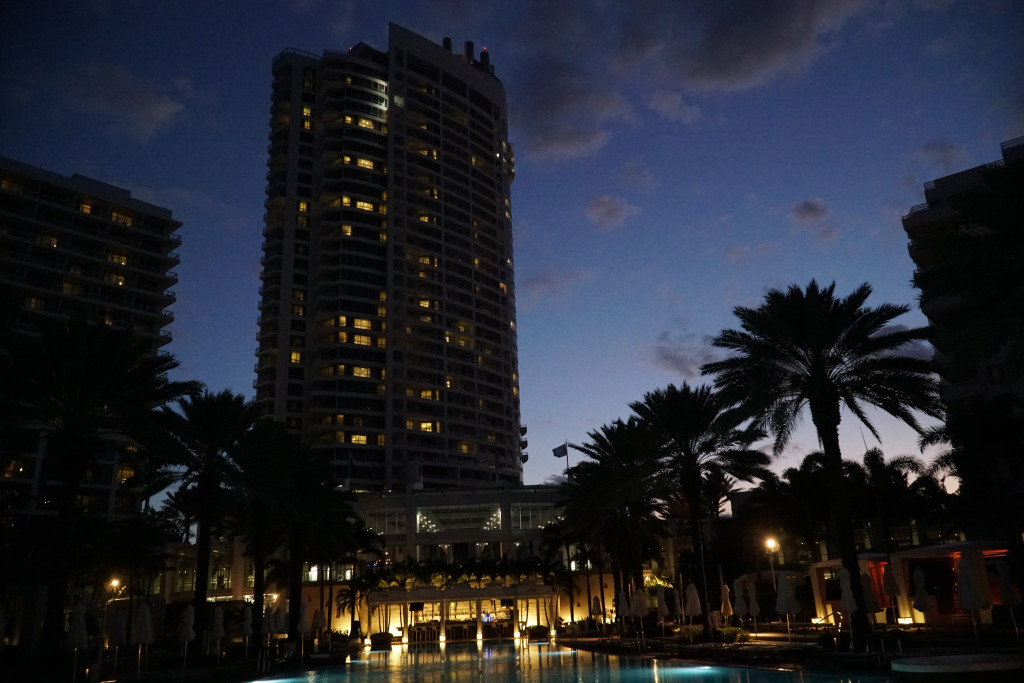 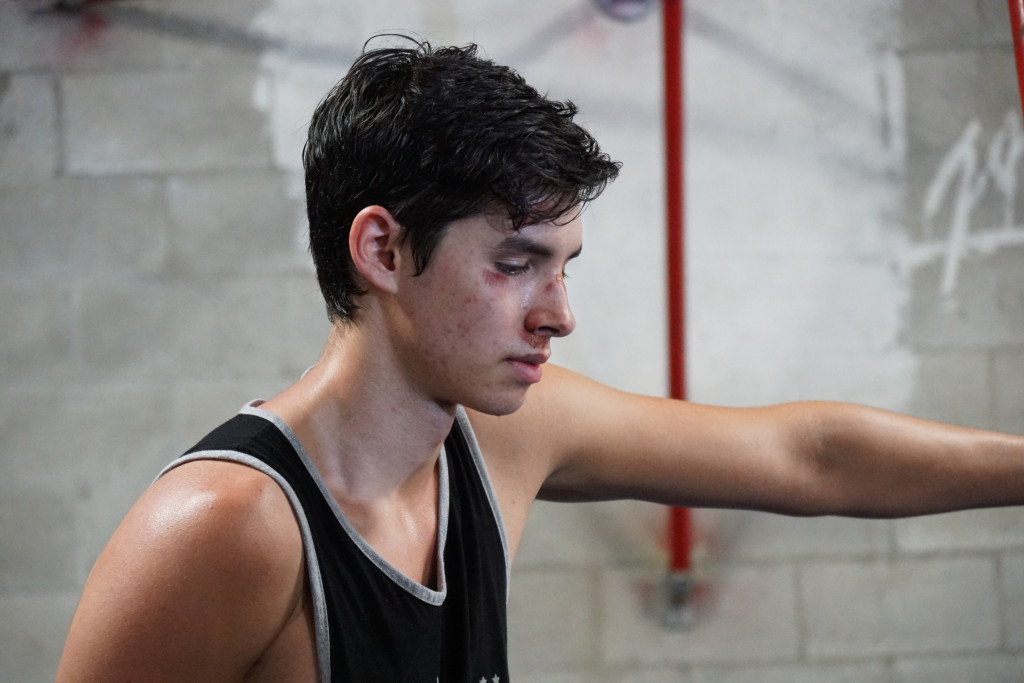 The best camera is the one you have with you, and the a6300 is the best camera to grab when you don’t want something more cumbersome.

We never recommended the a6000 as a sports camera because we just got better results with DSLRs. The a6300 is the first mirrorless camera we can recommend for people who want to shoot sports; the focus tracking is great, the 8 frames per second is very fast, and the viewfinder blackout and lag are much reduced.

The focusing in the a6300 is MUCH improved, thanks to its phase detect focusing system. While the focus tracking isn’t as fast or accurate as big DSLRs like the 7d Mark II, At 8 frames per second, it’s faster than comparably priced DSLRs. 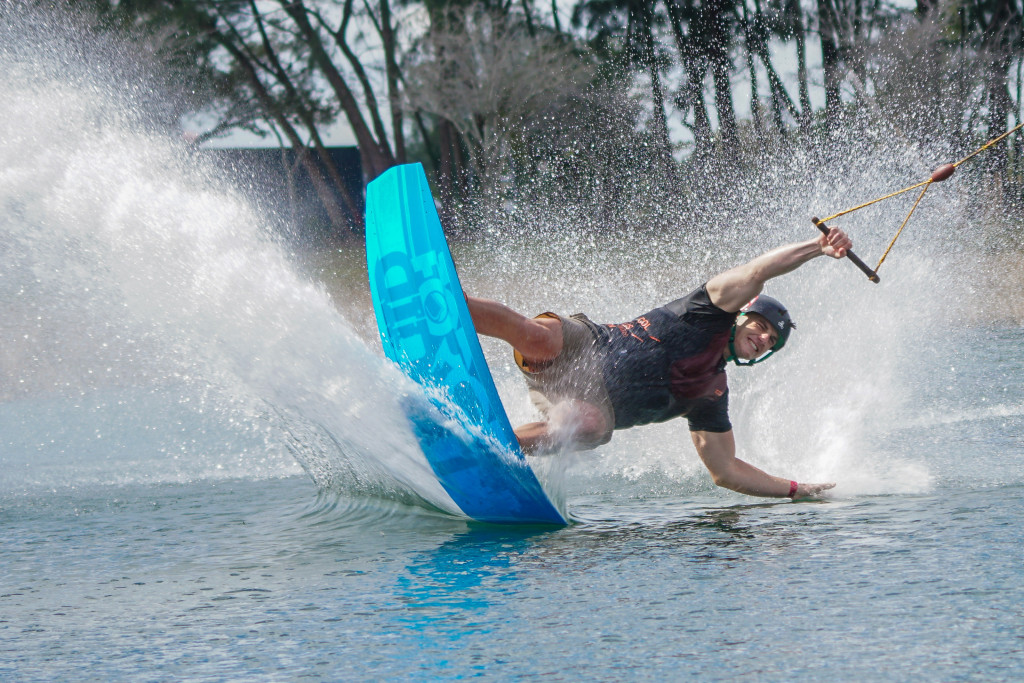 For best results, just put the camera in Sports mode…that’s the best way to ensure the fairly complex focusing system is correctly configured.

If you’re serious about shooting sports, you’ll still probably be happier with a Canon or Nikon DSLR. The optical viewfinder of a DSLR completely eliminates lag, and higher-end models have much bigger buffers that let you take more consecutive photos.

The high frame rate helps you capture that decisive moment. You can choose between 8 fps with continuous autofocus, or 11 without it. For the water skiing, we needed the autofocus to keep up with subjects moving towards us. For volleyball, or times when the subject was moving only side-to-side, the higher frame rate improved our odds of getting the perfect moment.

Check out this sequences of photos and notice how the last photos are so poorly composed. 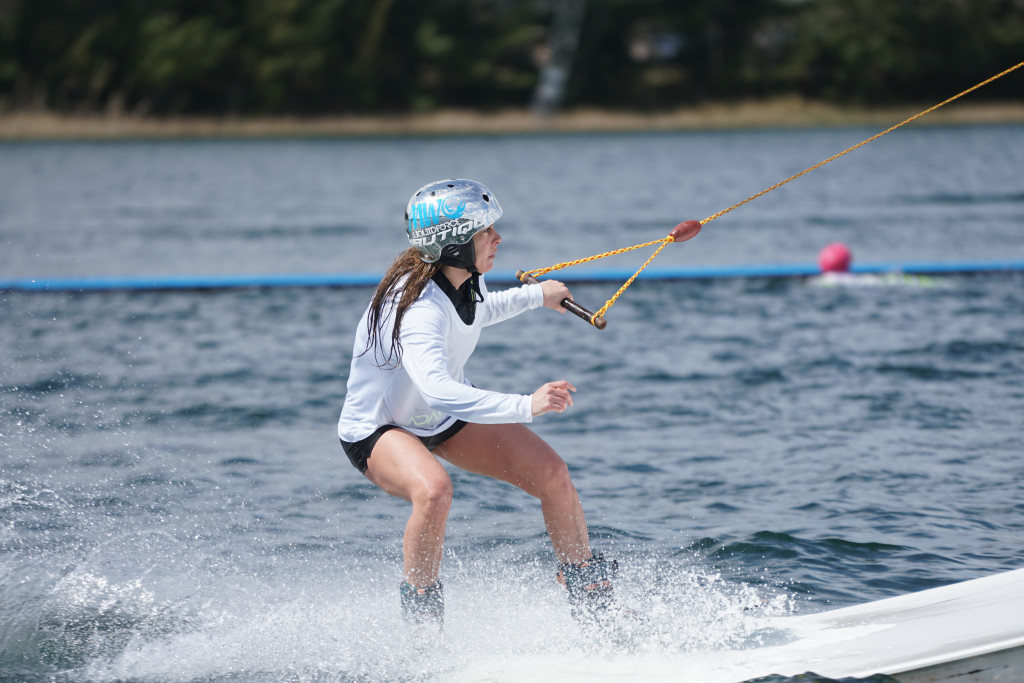 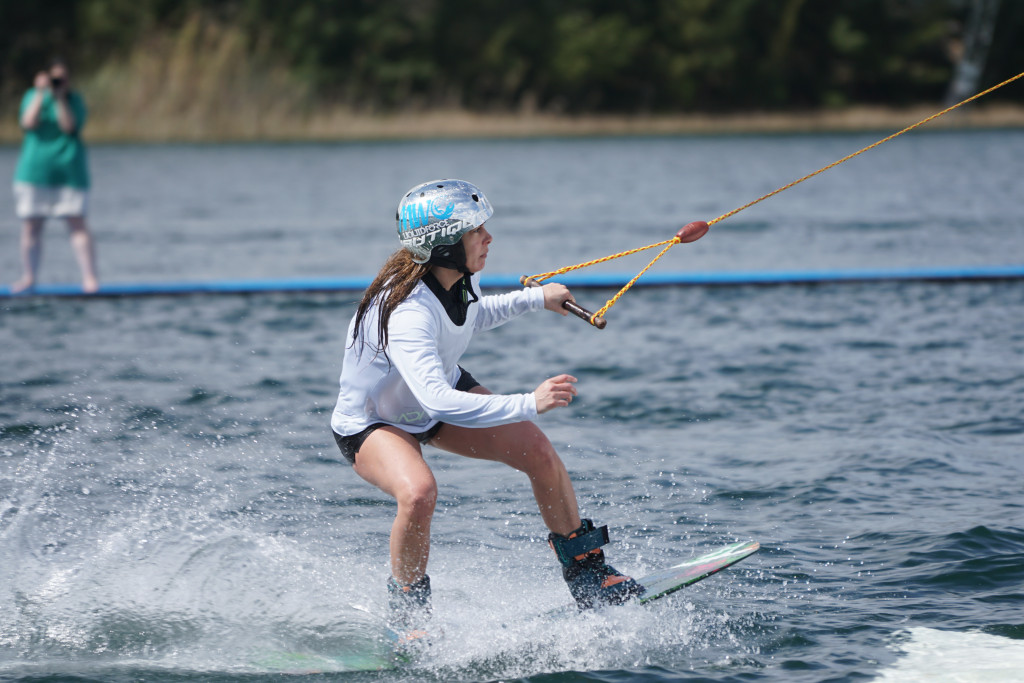 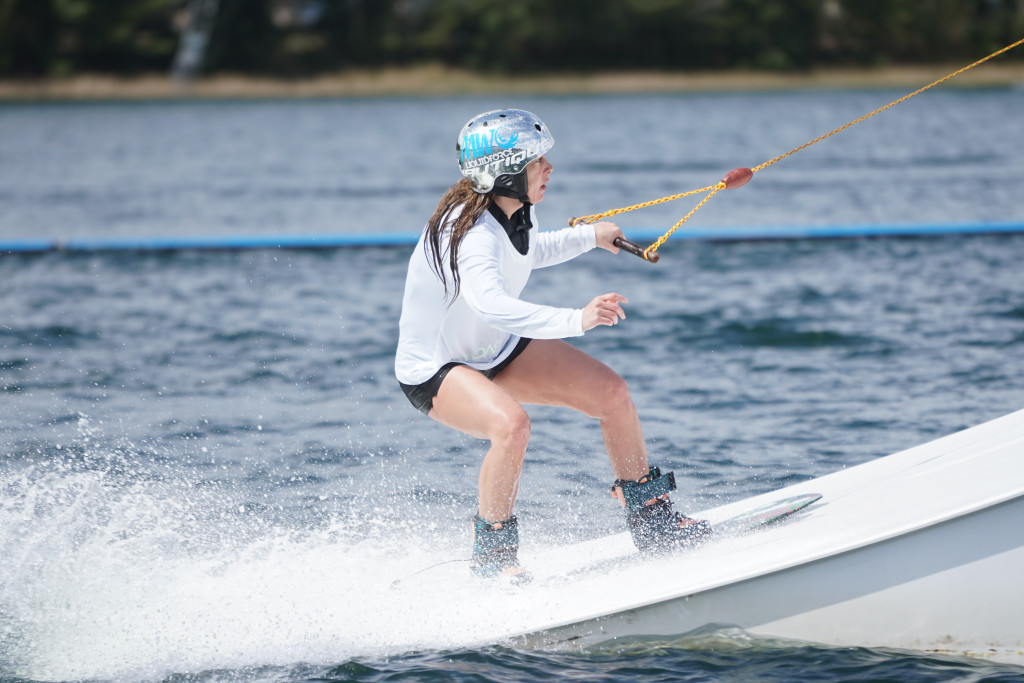 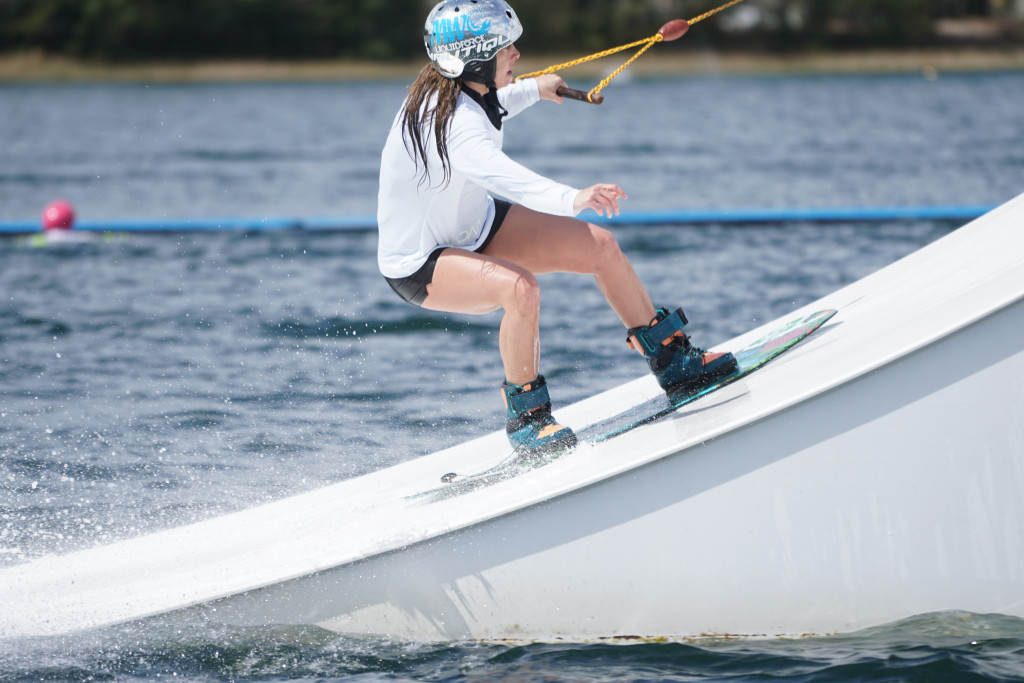 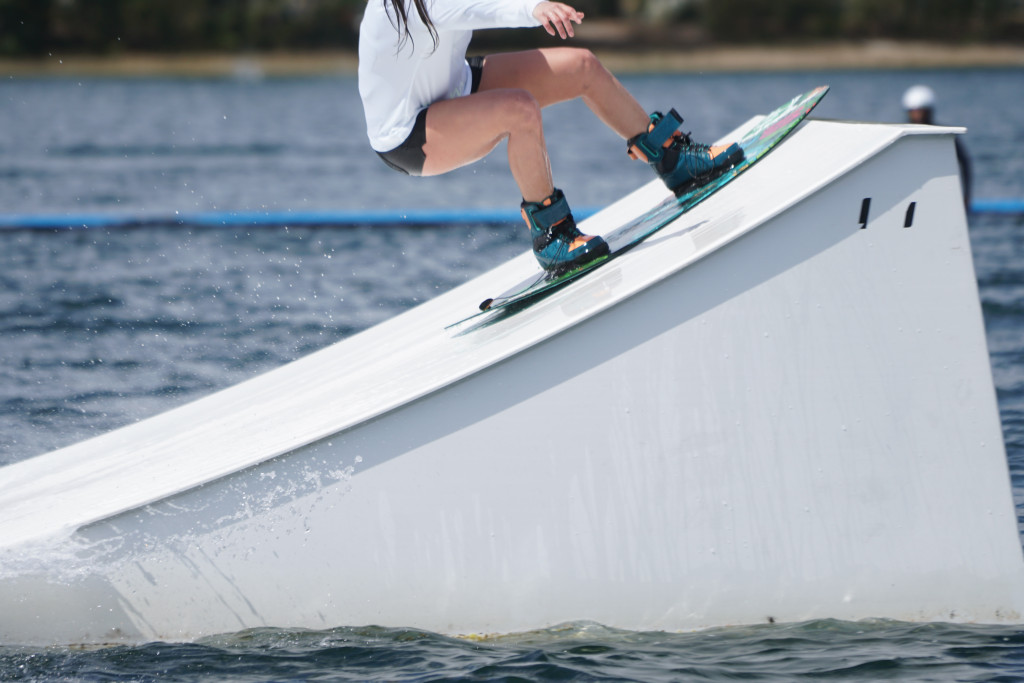 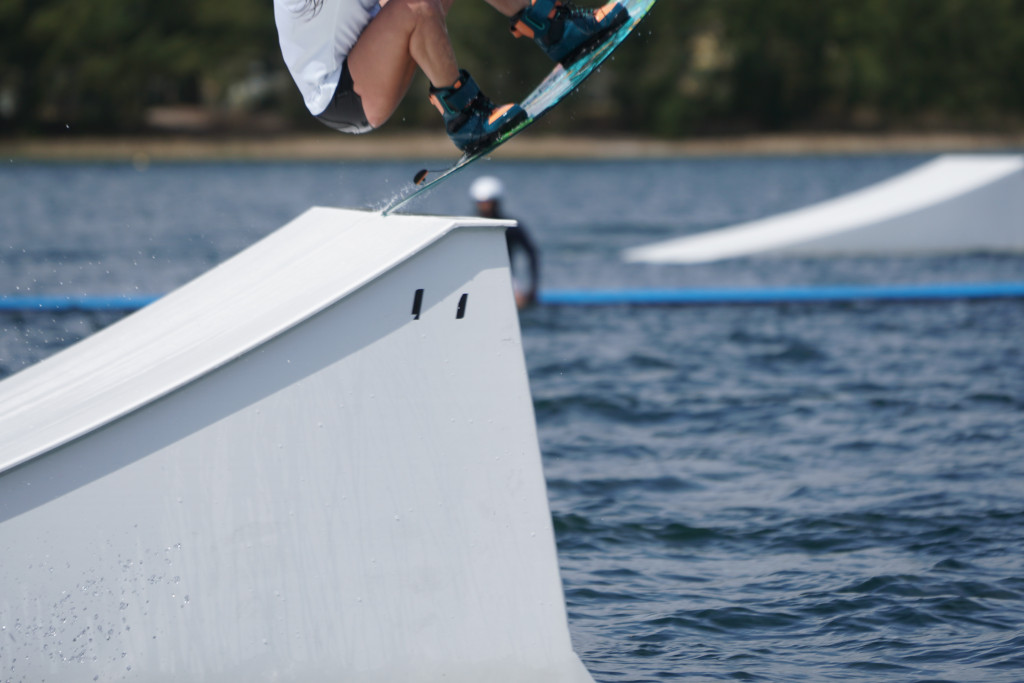 As a result, I often lost track of the subject in the viewfinder after a long sequence of shots. With practice, you can learn to lead the subject.

Every reviewer was frustrated with the “Writing to Memory Card” message. You can’t do anything with the camera until the entire buffer is written to the memory card, and when you’re shooting rapidly, it never seems to stop writing. For some reason, Sony put the memory card write indicator on the bottom of the camera, where you can’t easily see it.

The buffer is too small to shoot action in RAW, so you’ll need to use JPG, and even with the fastest memory card available, we missed shots because the buffer was full.

You’ll need to carry multiple batteries to get you through most sporting events, or even a day of casual shooting. We really hope the next generation of Sony cameras adopts a bigger battery.

The a6300 is very workable for portraits, but less than ideal in several ways.

Portraits often have very shallow depth-of-field, and that requires very fast and precise focusing on the model’s closest eye. Face & eye detection are GREAT for this when they work, because you don’t have to worry about selecting a focusing point on the eye. It requies an extra button press, which delays your shot by a fraction of a second–a critical amount of time in a fast-moving shoot.

But it doesn’t always work… it totally depends on the lighting condition. In a backlit model shoot, it completely failed to detect the model’s eyes.

Other times, it might be 80% or 90% accurate. If you shoot with a fast pace, it can be really frustrating. At slower paces, it’s good, as is manual focusing with magnification & focus peaking.

We’d like eye-detect to work automatically, without requiring another button press. We’d also like a joystick to select a small, precise focusing point for rapid shooting, like every DSLR at this price point has. A touch screen would help, too. 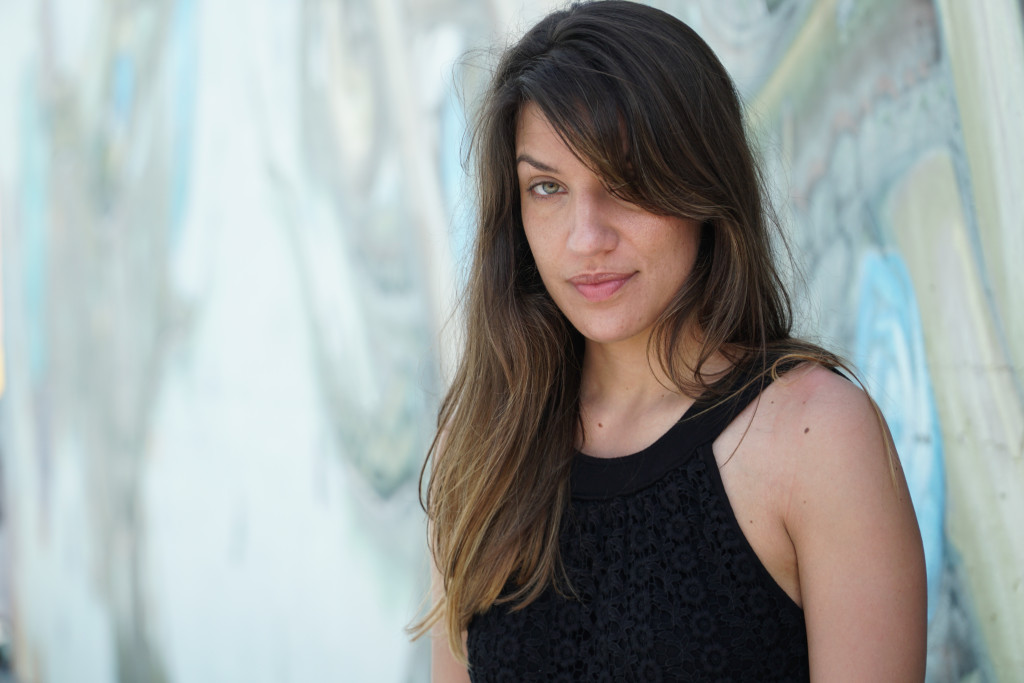 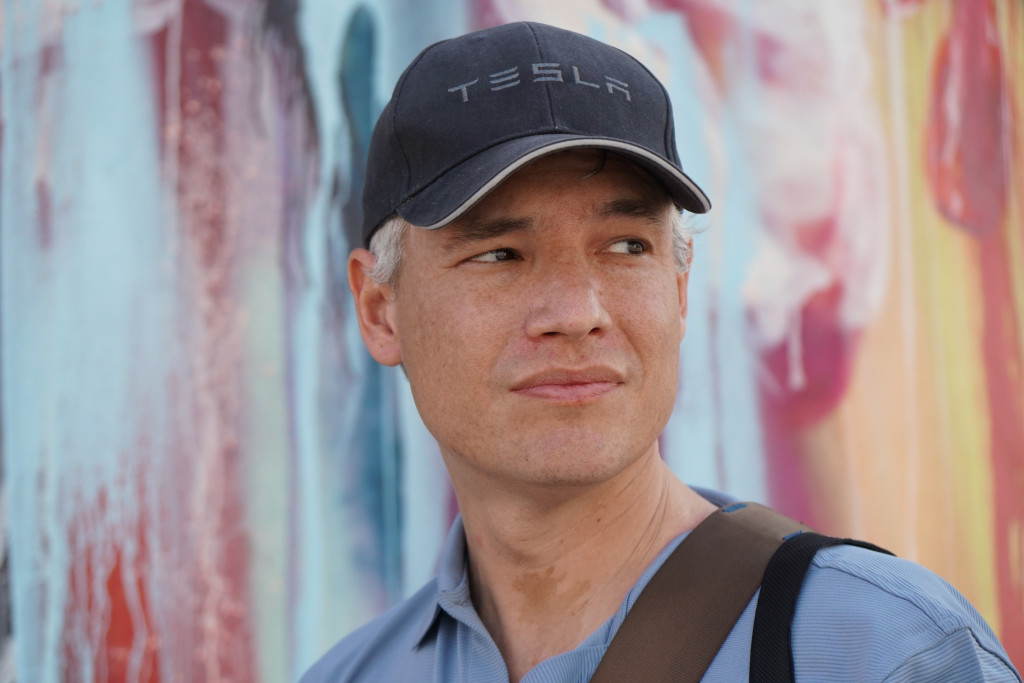 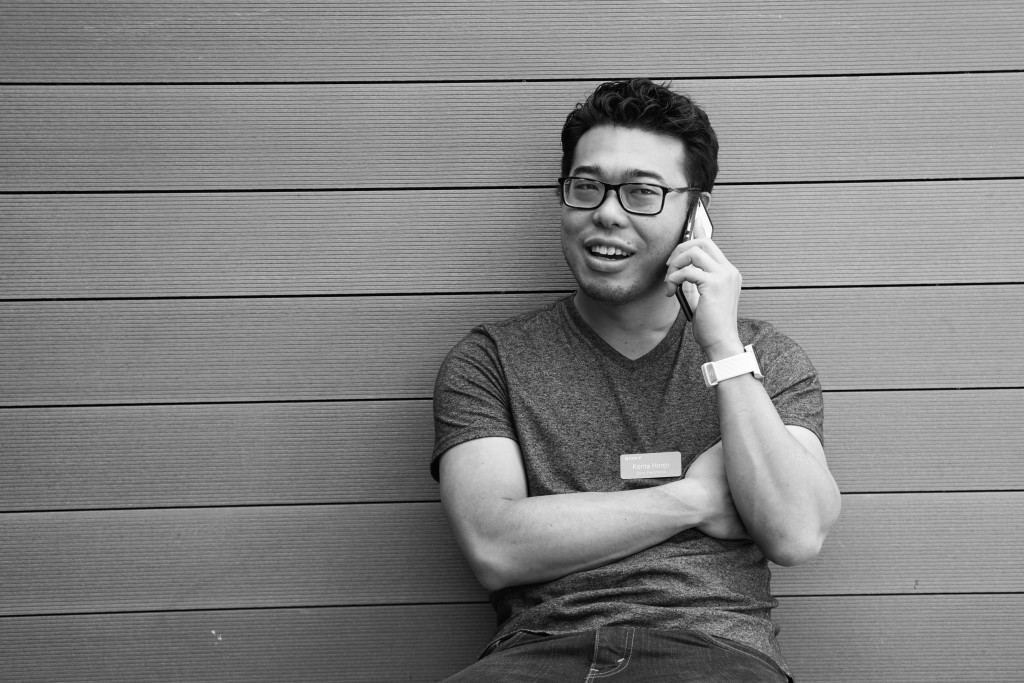 The a6300 only syncs with studio lights to 1/160th, which is slower than many cameras. In the studio, this means your subjects might have a bit more motion blur. In sunlight, you’ll need to use an ND filter to shoot wide open if your flash doesn’t support high-speed sync.

The a6300 is the perfect camera for street photography. It’s small, discreet, and can be completely silent. When you’re shooting blind, you can trust the autofocus system to lock on quickly. 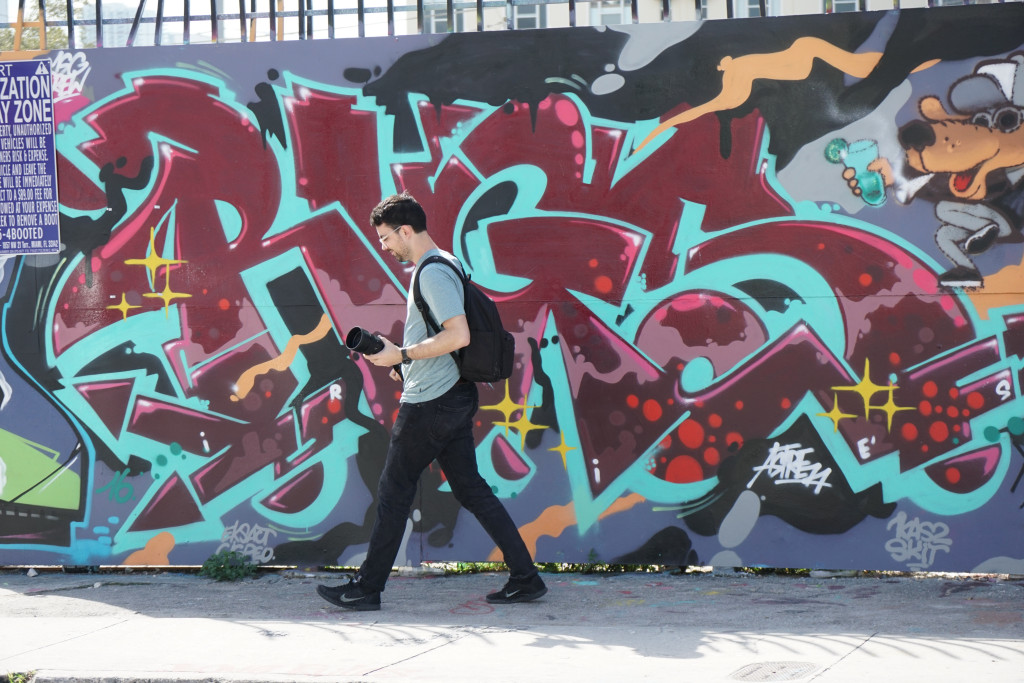 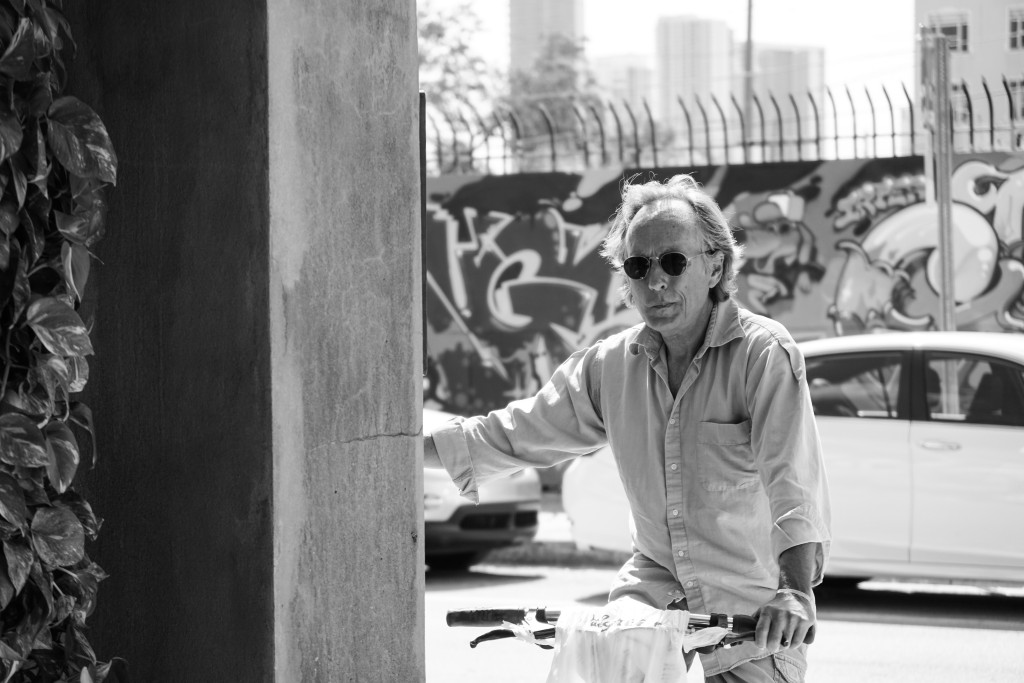 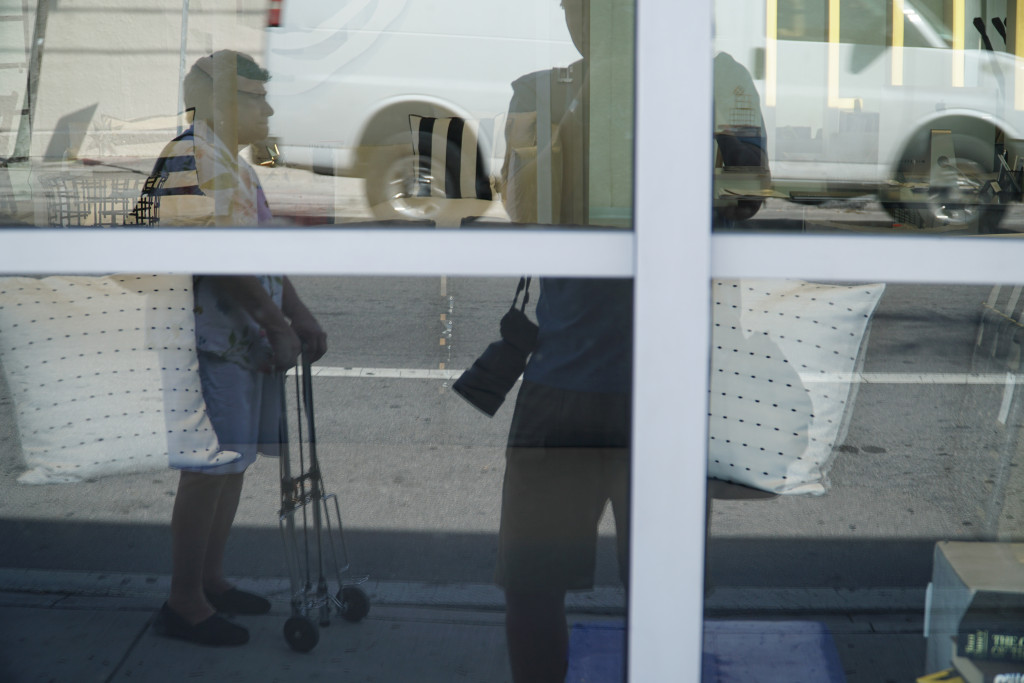 Like other Sony cameras, the image quality is just fantastic. It’s unbeatable at this price point….but you’re also within reach of the full frame a7, which offers much better image quality, especially with full frame lenses. 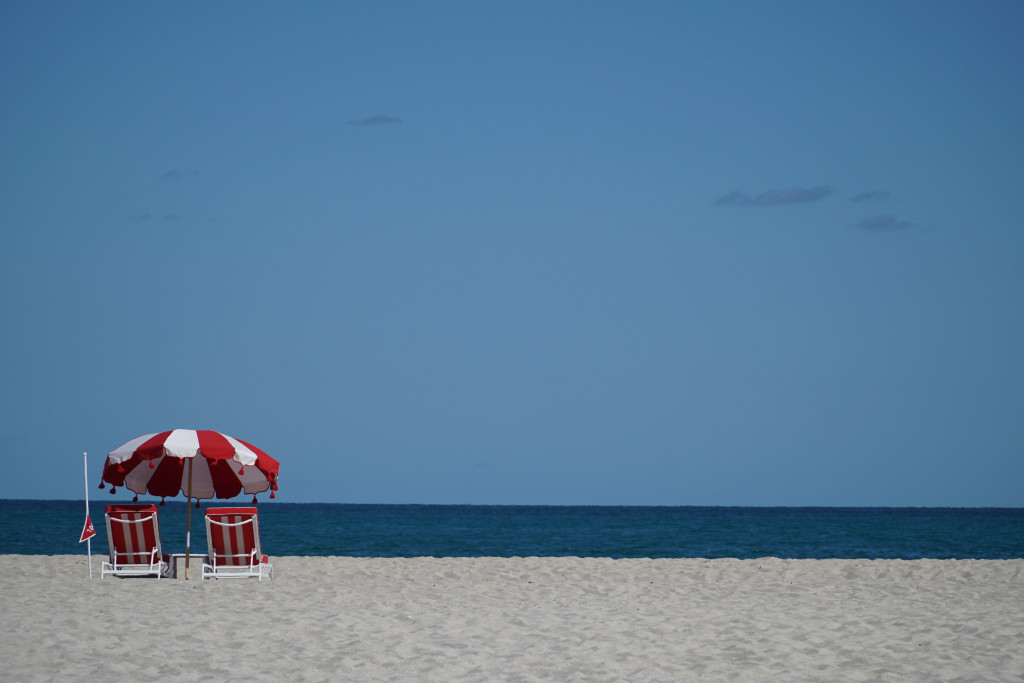 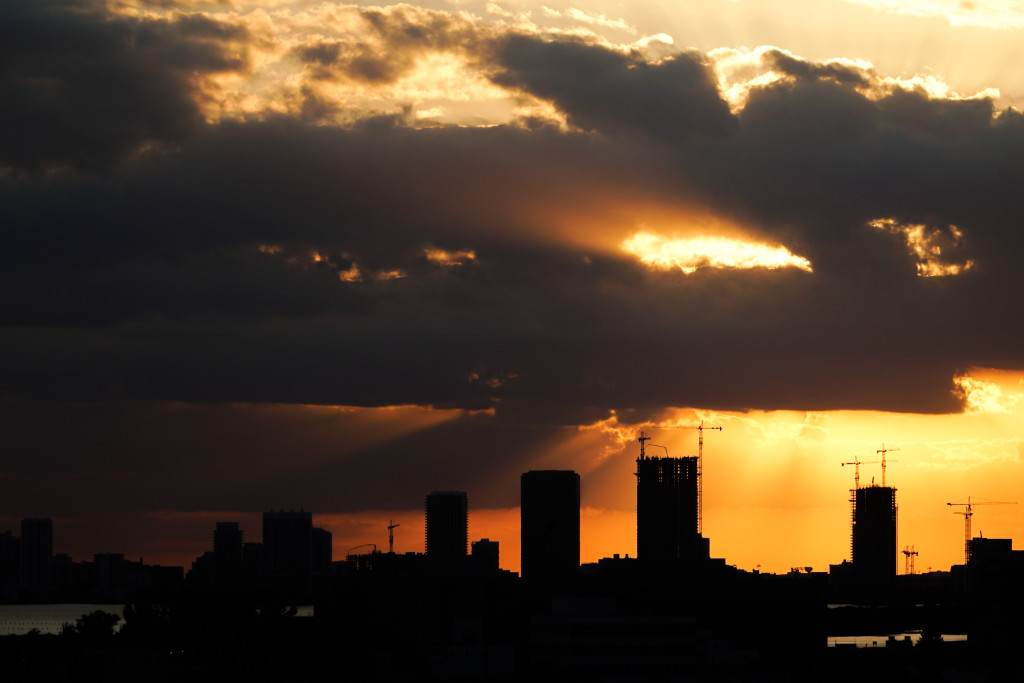 Sony’s WiFi system is one of the better ones. Sharing still takes a minute or two, so we often just grab a snapshot with our phone, which has proper apps and a touchscreen. We’d like Sony to take their smartphone expertise and put full versions of the Instagram and Twitter apps on the camera, and add a touchscreen for tagging and labeling.

Note: Justin’s still editing the a6300 video review, so view samples demonstrating these points will be coming soon.

The a6300 offers 4k video at 30 fps, and 1080p video at 120 fps. Both look gorgeous. S-Log3 provides unbeatable dynamic range for those experienced with color grading who are also shooting in extremely contrasty situations.

While the video quality is unbeatable at this price, the a6300 has some serious weaknesses as a video camera:

Our friend Max Yuryev (you should subscribe to his channel), tested the a6300 for video overheating with every frame rate, and it never overheated while outdoors in the shade at around 75-80F. Our a6300 did overheat in the hot Miami sun, however, and we weren’t even shooting video, just stills. As long as you keep it out of direct sun, it should be fine.

Continuous autofocusing was often great at tracking moving subjects, but it often hunted or focused on the background, ruining the shot. With still subjects, the hunting made continuous autofocus unusable. The lack of a touch screen means you’ll be manually pulling focus when you want to switch focus between subjects.

Nonetheless, at this price point, it’s your best bet for getting 4k video of your kids sports.

Our friend Jordan over at The Camera Store found the rolling shutter to be a problem, and it might be if you’re shooting action, but it didn’t hurt any of our shots.

If you’re serious about 4k video, you might be happier with the GH4, which has a headphone jack, a touch screen that can flip forward, and access to the wide variety of nicely priced micro four-thirds lenses. We still prefer the much more expensive a7R II because it has a headphone jack, a stabilized sensor, and can switch between full-frame and Super 35 recording modes, giving us an option of crops. However, when I handed the footage to Justin, he thought it was from the a7R II. The a6300 is as good as the $3,200 a7R II.

The a6300 improves on a great camera. It’s the best mirrorless sports camera ever, and a great, compact, all-around camera.

DSLRs still have some strengths… like the availability of f/2.8 and f/1.8 APS-C zooms, which Sony completely lacks. Yes, you can use the new full-frame f2.8 zooms, but we’ve found you always get sharper results when using lenses designed specifically for your sensor size. You could adapt DSLR lenses, but our tests show that adapted autofocus is much worse than with native lenses.

If you want to see our recommendations for different styles of photography at any price point, check sdp.io/whichcamera.