The more serious you get about photography, the more time you spend editing your photos and the more time you spend waiting for your computer to perform different photo editing tasks. If you’re buying a new computer, it makes sense to choose one that will be particularly quick when editing photos. http://www.youtube.com/watch?v=WbsyglPqK6o However, most new computers can do an excellent job with the two most popular applications, Adobe Lightroom and Photoshop. If you’re happy with your PC’s performance, there’s no need to upgrade. However, if things seem slow, or you plan to upgrade your PC anyway, the sections that follow will give you the general background information you need to make educated choices. As with the rest of this book, my goal is not to simply list all the highest-end equipment to setup the ultimate workstation. Instead, my goal is to get you the most editing power for whatever your budget is.

The sections that follow provide more detailed information for technical readers, but these tips tell you most of what you need to know:

Either Mac OS or Windows will work fine, and Lightroom and Photoshop function exactly the same on either operating system. Macs are lovely, but they tend to be more expensive for similar performance. Windows 7 and Windows 8 have solved the biggest complaints people used to have about Windows—that it was unreliable and prone to security problems. If you don’t have a particular love for Macs, get a PC. If you’re looking for a laptop, the guidelines discussed in this chapter apply to laptops, too. One particularly important consideration is the resolution of the screen. The higher the resolution, the sharper your pictures will be while you’re editing them. Also look for laptops with SSD drives and an i7 processor. Avoid ChromeBooks. While they’re great for what they are, they don’t run Lightroom or Photoshop. Here are some specific recommendations at different sizes:

Designing a computer for a particular task involves determining which of the computer components are limiting (also known as bottlenecking) the performance of that task. For image editing, three components equally limit your overall performance:

The sections that follow describe these components in more detail and provide information about several less-critical components.

RAM (Random Access Memory) is the temporary storage that computers use to store information while an application is actively working on it. RAM gets cleared every time you restart your computer. Everything that survives a reboot, including your pictures and videos, is stored on your hard drive.

For photo editing, 4GB of RAM is typically sufficient. Monitoring my own PCs during extensive photo editing sessions and working in Photoshop with multiple RAW files and dozens of layers, have shown me that Photoshop and Lightroom rarely use more memory anyway. If you plan to record and edit video, choose a computer with at least 8GB of RAM. While those recommendations are sufficient, more RAM is always better. Your operating system (whether Windows, Mac OS, or something else) will use the additional RAM to help improve your computer’s overall performance. However, you will see minimal performance gains upgrading from 8GB to 16GB of RAM. RAM typically costs less than $10 per GB when purchased after-market. When you buy a new PC with extra RAM, the PC manufacturer can drastically overcharge you—often charging over $40 per GB. Therefore, I typically recommend purchasing a new PC with the minimum amount of RAM and then upgrading your memory after you receive your PC. Even if you’re not a computer nerd, you’re quite capable of upgrading the memory in any desktop computer. Mobile computers are often very easy, too, though some are not designed to be upgraded.

The speed of your memory is very important, though the speed of your memory is determined by your motherboard. Always purchase the fastest memory supported by your motherboard. When purchasing a new computer, or a separate motherboard if you’re building your own computer, it’s worth spending a bit more to get a PC that supports faster memory; that upgrade will give you very real performance improvements when editing pictures. 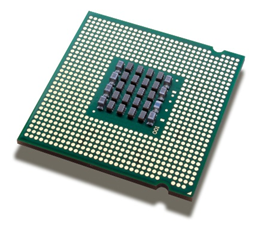 If you spend time editing individual pictures (rather than simply sorting through them), processor speed will be very important. Simple edits like crops and adjusting brightness don’t require much processor time, but complex effects like healing spots, changing the perspective of a picture, changing the background, or using warp and puppet effects require a great deal of processor time. Therefore, if you only perform light editing on your pictures in Adobe Lightroom, a faster processor might not make a huge difference. However, if you use healing or more intensive Photoshop features, investing in a higher-end processor will be worthwhile. If you take RAW pictures instead of JPG—and you should take RAW pictures—your computer will need to do a great deal of processing when you first open your pictures. Therefore, RAW files justify a higher-end processor. Measuring processor performance is complex, because there are several different factors:

To make it easy, choose i7 processors over i5 processors, and get the fastest i7 your budget allows. 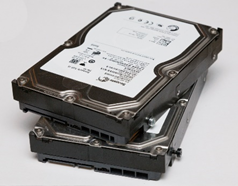 Get two disks: one small SSD and one high-capacity drive. Install Windows or Mac OS and your apps on the SSD drive, and use it to store your newest pictures. When you start to fill up your SSD drive (which only needs to be about 256 GB), move your pictures to your high-capacity drive (which might be 3 terabytes or more). Because your high-capacity drive is only used for long-term storage, it doesn’t need to be fast. It’s very important that your computer supports SATA3. SATA2 is not fast enough to take full advantage of the newest SSDs. If you’re adding an external drive, look for a drive that supports USB 3 (for Windows PCs) or Thunderbolt (for Macs). 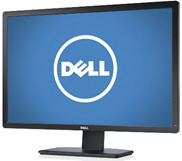 Get two monitors. Having dual monitors really helps with applications such as Lightroom because you can view thumbnails of your library on one monitor and view images full-screen on your second monitor. For photo editing, I’d rather have two smaller monitors than one bigger monitor. For me, more than two monitors doesn’t increase my efficiency. When I’ve used three or more monitors in the past, I never fully utilize them—there are simply too many different screens for me to use efficiently. The higher resolution the monitors are, the better. Higher resolution screens will allow you to see more detail in your pictures without zooming in, which can greatly speed up the editing process. Here are specific recommendations at different price points. If you decide to use two monitors, it makes it much easier if they’re identical:

Don’t spend money on calibrating your monitors or on buying a professional monitors like the NEC Multisync series. Calibrated monitors aren’t for photographers; they’re for designers and those in the printing industry. Even if you print your own photos at home, calibration will only make a difference if you have a professional-level printer and you calibrate it to your display. If you primarily share your images digitally, the people viewing your pictures won’t have calibrated monitors. They’ll be using smartphones, tablets, and other devices. They’ll be viewing your pictures in different lighting conditions. Instead of calibrating your monitor, carefully set the white balance of your pictures by choosing a custom setting based on a white object in the photo itself. That’s the only way to ensure your pictures have the proper color. Also, be sure to check the histogram to ensure your image is bright enough. For detailed information, refer to Chapter 4 of Stunning Digital Photography. 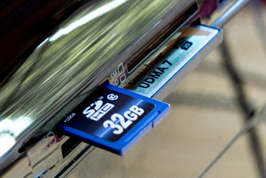 As I mentioned earlier, video card performance isn’t a significant factor in photo editing performance. Some Photoshop effects are capable of taking advantage of your video card’s graphics processing unit (GPU), but they’re not effects that most photo editors use on a regular basis. However, you should be sure to choose a video card that can connect to your monitors. Specifically, choose a video card that supports connecting to multiple, high-resolution monitors simultaneously. Look for multiple DVI ports, and possibly an HDMI port if you plan to connect your computer to a TV.

Some people like using tablets to edit their photos. If you like drawing with a pencil, you’ll probably like using a drawing tablet. If you’re terrible at drawing, like I am, you’re probably better off using a mouse. Wacom makes the best tablets for photo editing. They have several tablets available, at different quality levels and at different sizes. Bigger sizes are nicer to use, but don’t choose a size that’s too big for your desk. In order from least to most expensive, and from least to most powerful, Wacom’s current lineup is: