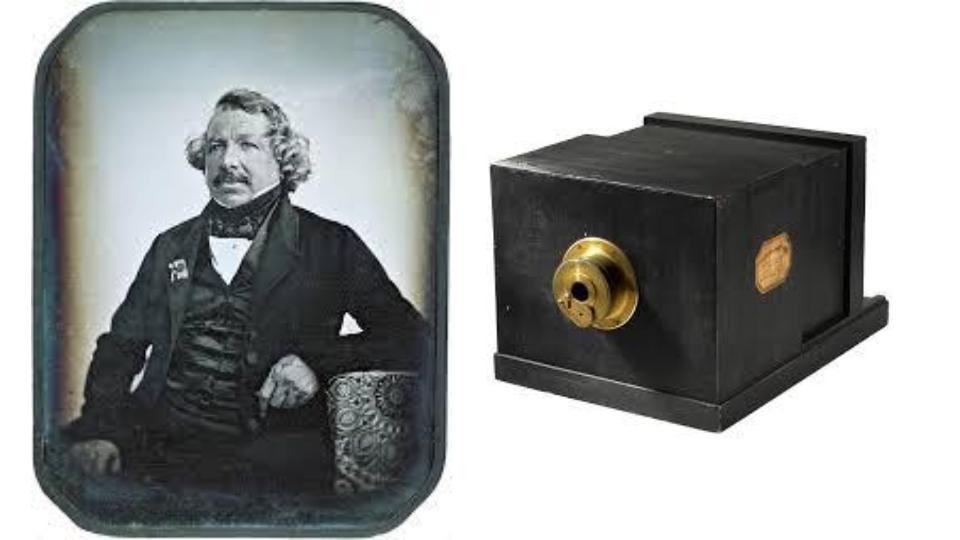 One of the earliest cameras, this device relied on camera obscura-type methods to produce Daguerreotypes – an early precursor to photographs. These were commonly used between 1839-1860 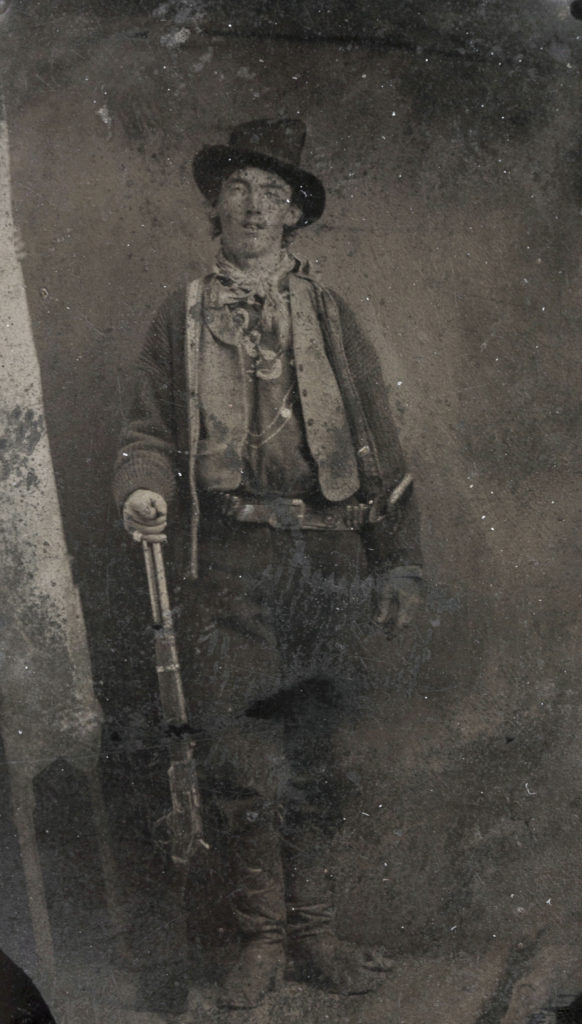 A Daguerreotype featuring Billy the Kid

From HistoricCamera.com: 1888, Kodak invents the first rolls of transparent film 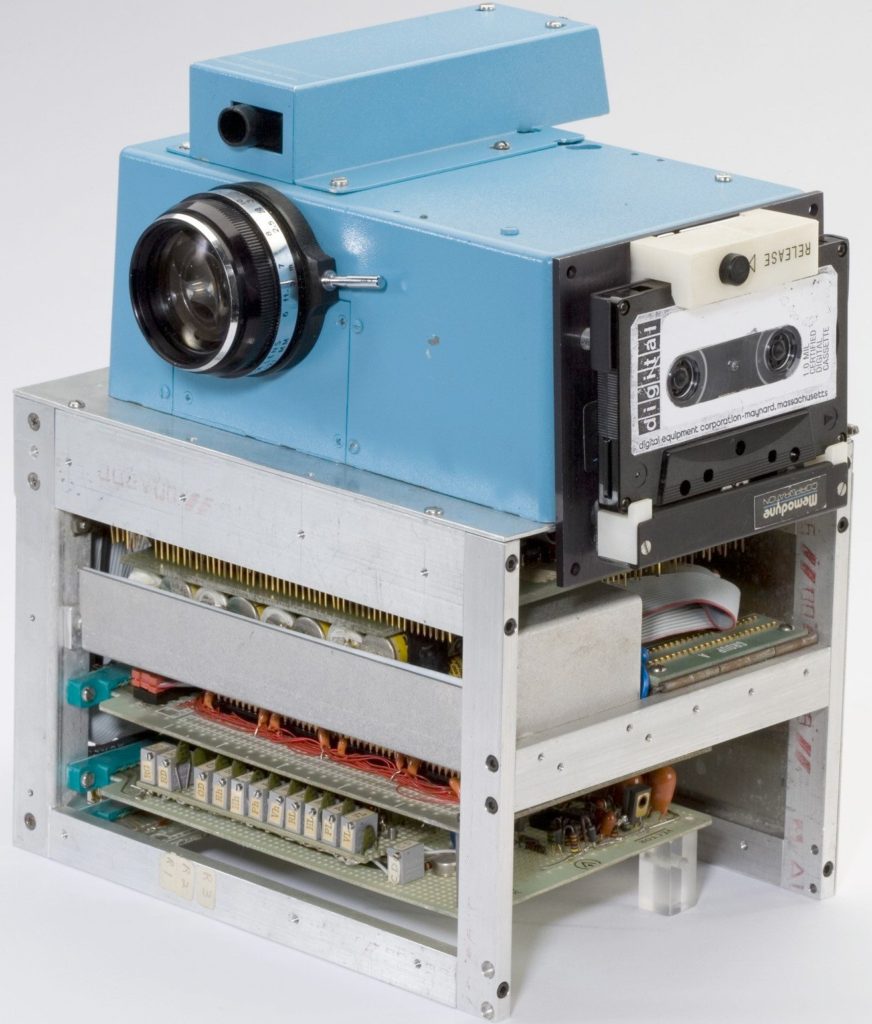 The first digital camera, patented by Kodak in 1978, invented by Steven Sasson 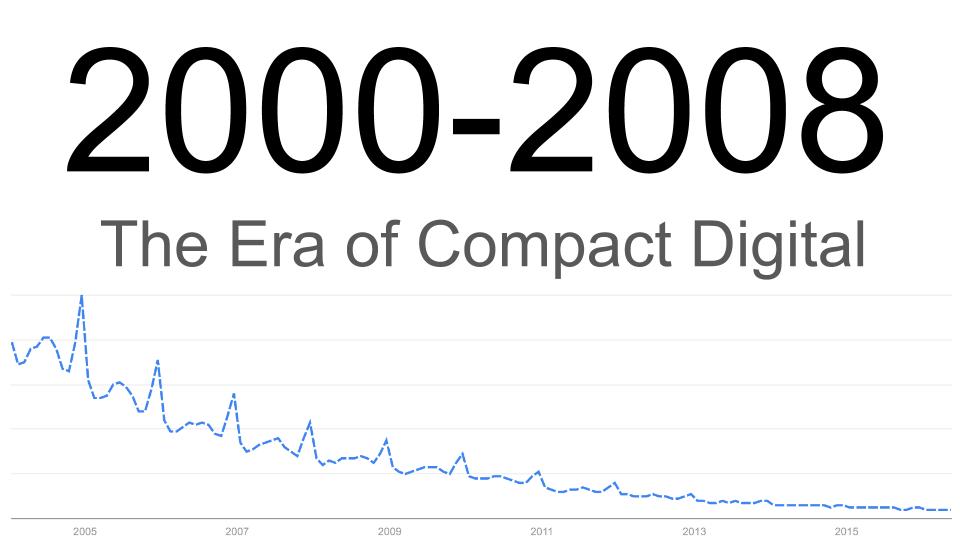 Compact digital cameras barely sold in 2008, thanks to the advent of modern camera-phones 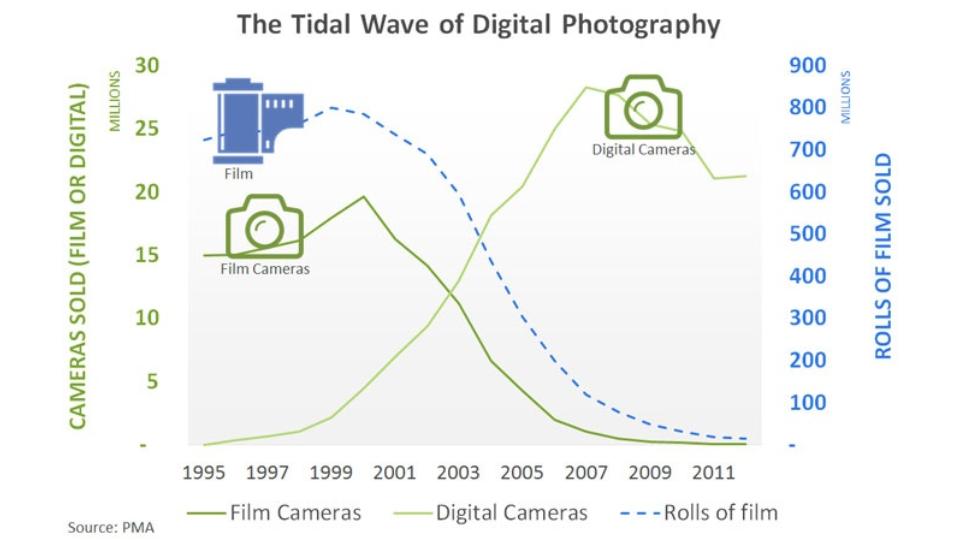 The dynamics of the film to DSLR evolution 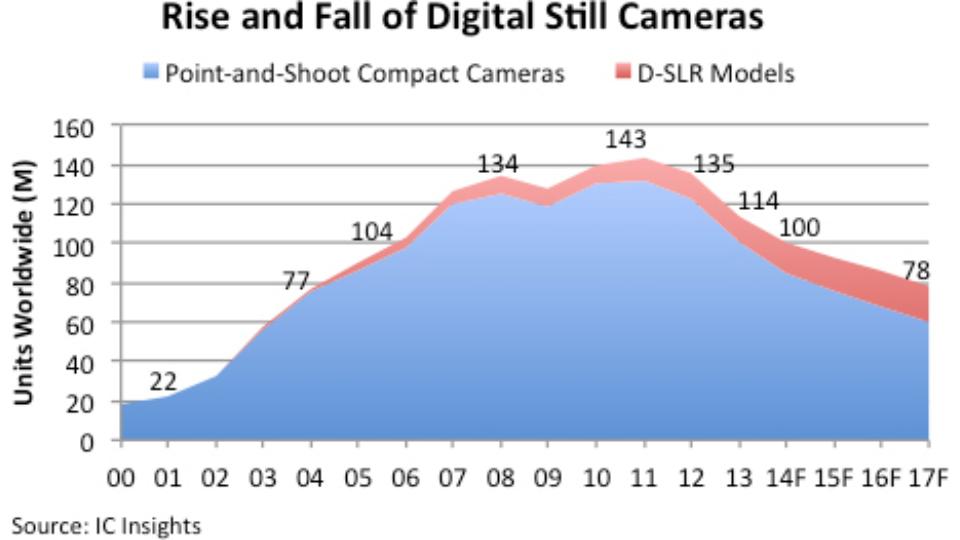 While still somewhat popular, the numbers for P&S + DSLR cameras are gradually decreasing in sales every year 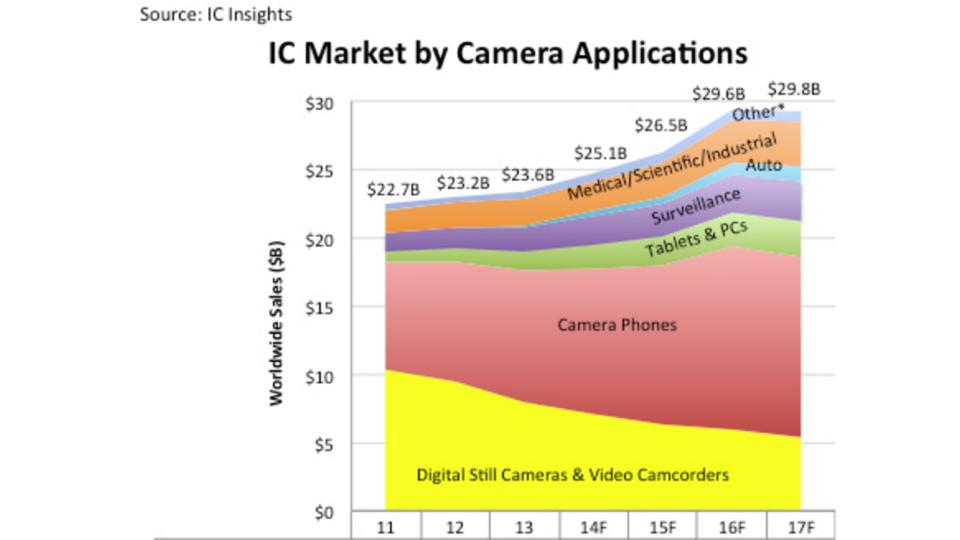 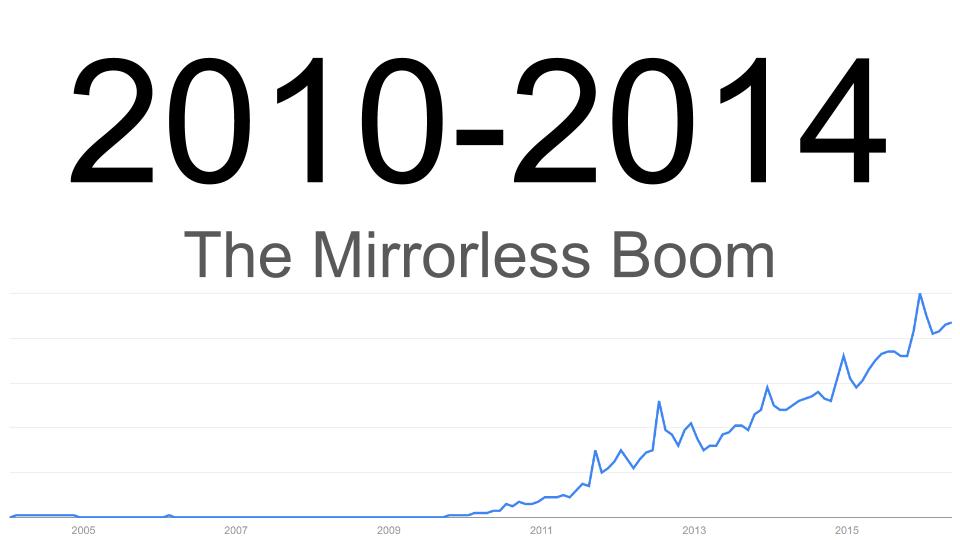 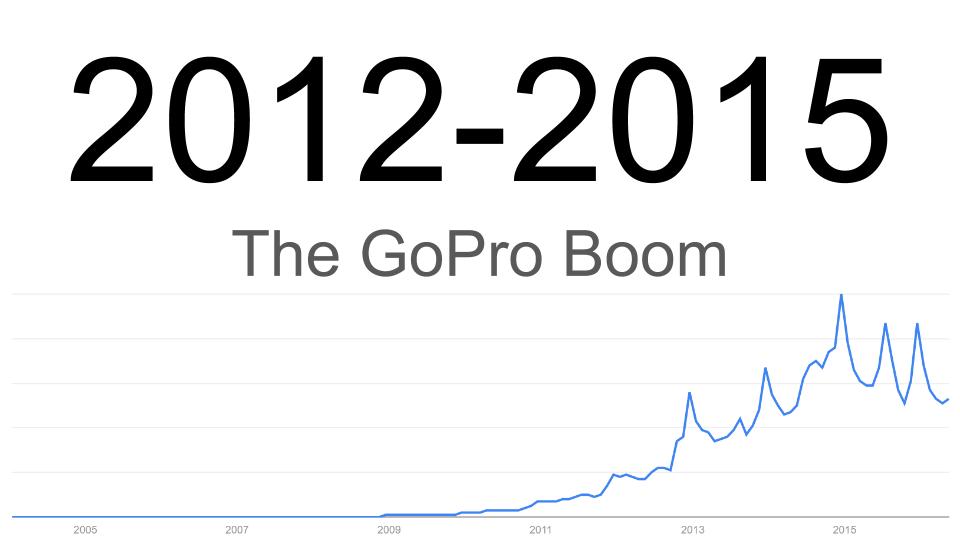 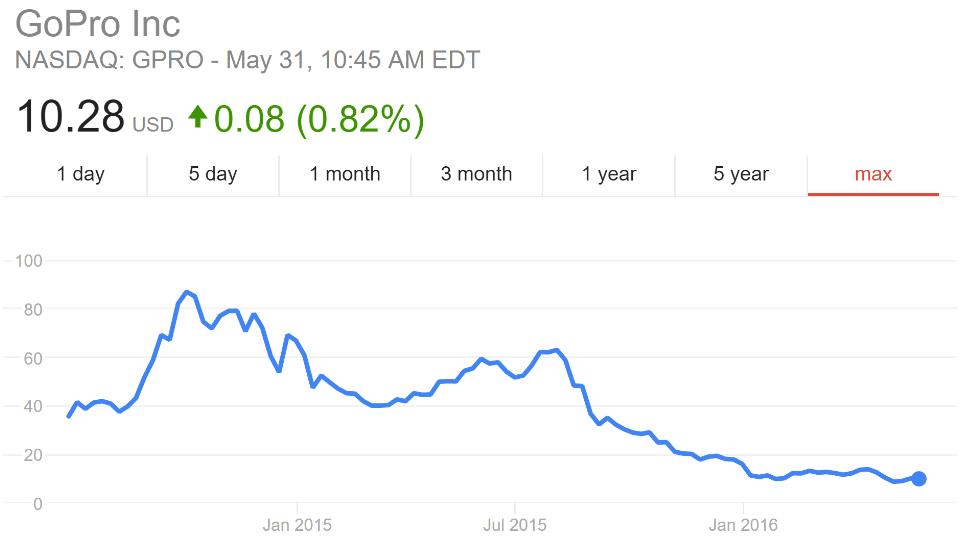 GoPro was once the best-selling camera on the market. As of late, their sales have taken a hit, thanks to cheap GoPro knockoffs and the rise of camera-phones 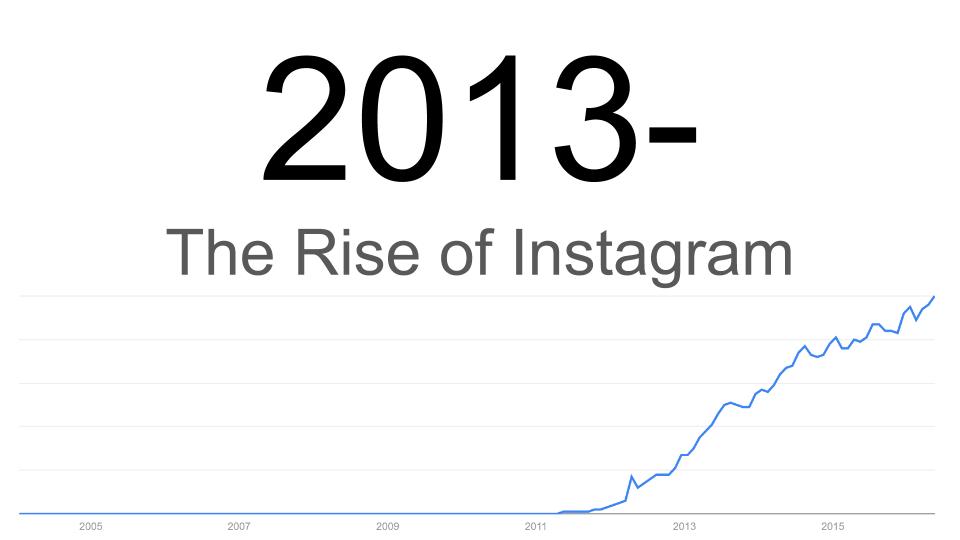 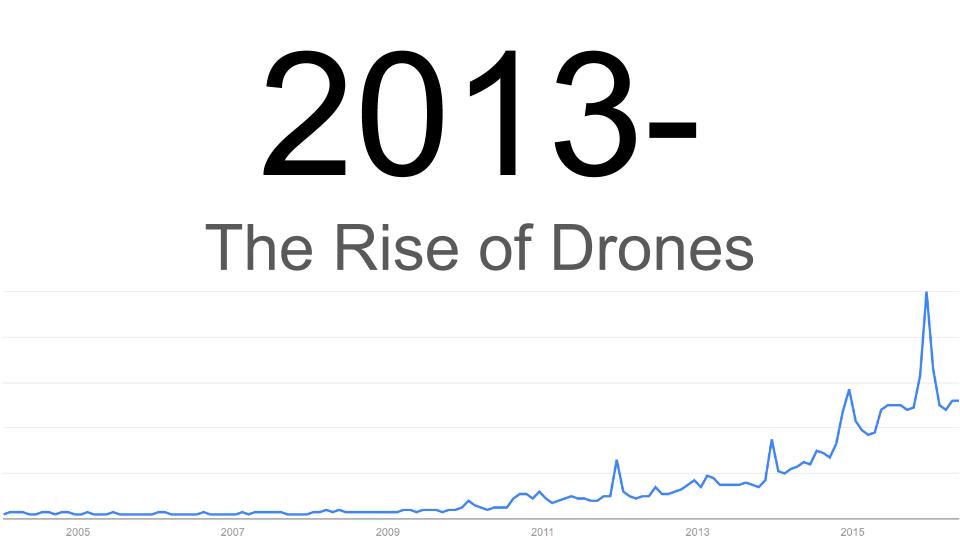 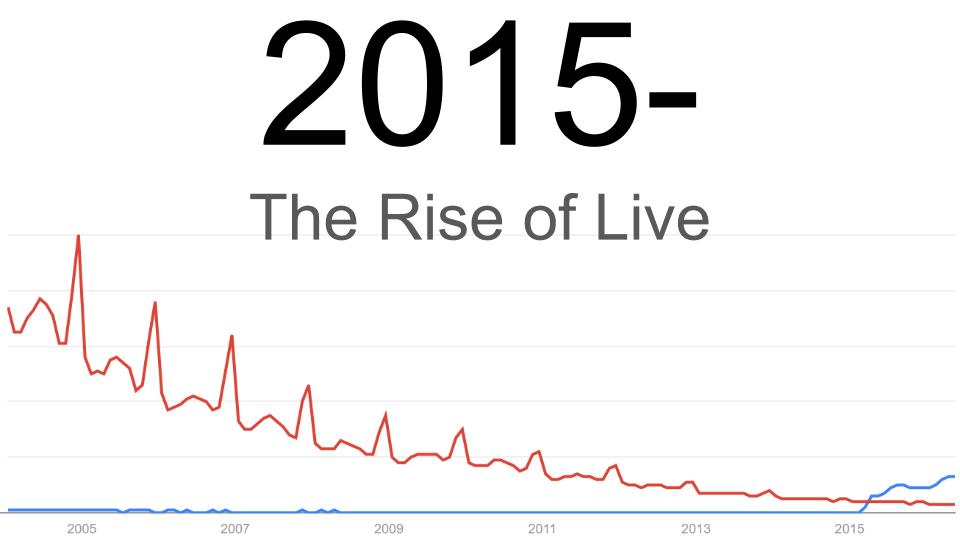 Live streaming services such as YouTube, Twitch and Periscope are also becoming more popular – as opposed to simply taking a photo, having to develop/process it, upload it, etc.