For those of you listening to The BEST Gear of 2016 audio podcast, here are some notable photos and other examples from the YouTube video version of the show: 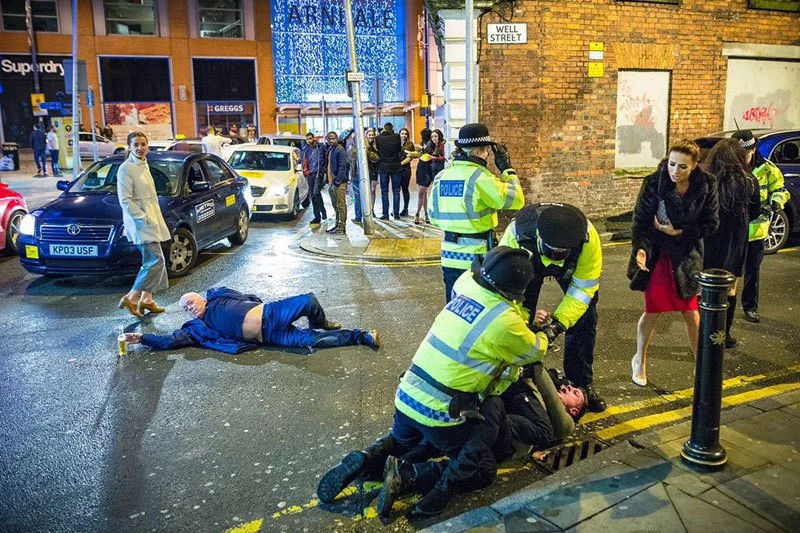 New Year’s Eve of 2015/2016 was off to a rough start, but that didn’t stop photographer Joel Goodman from documenting the whole debacle (Manchester, UK). 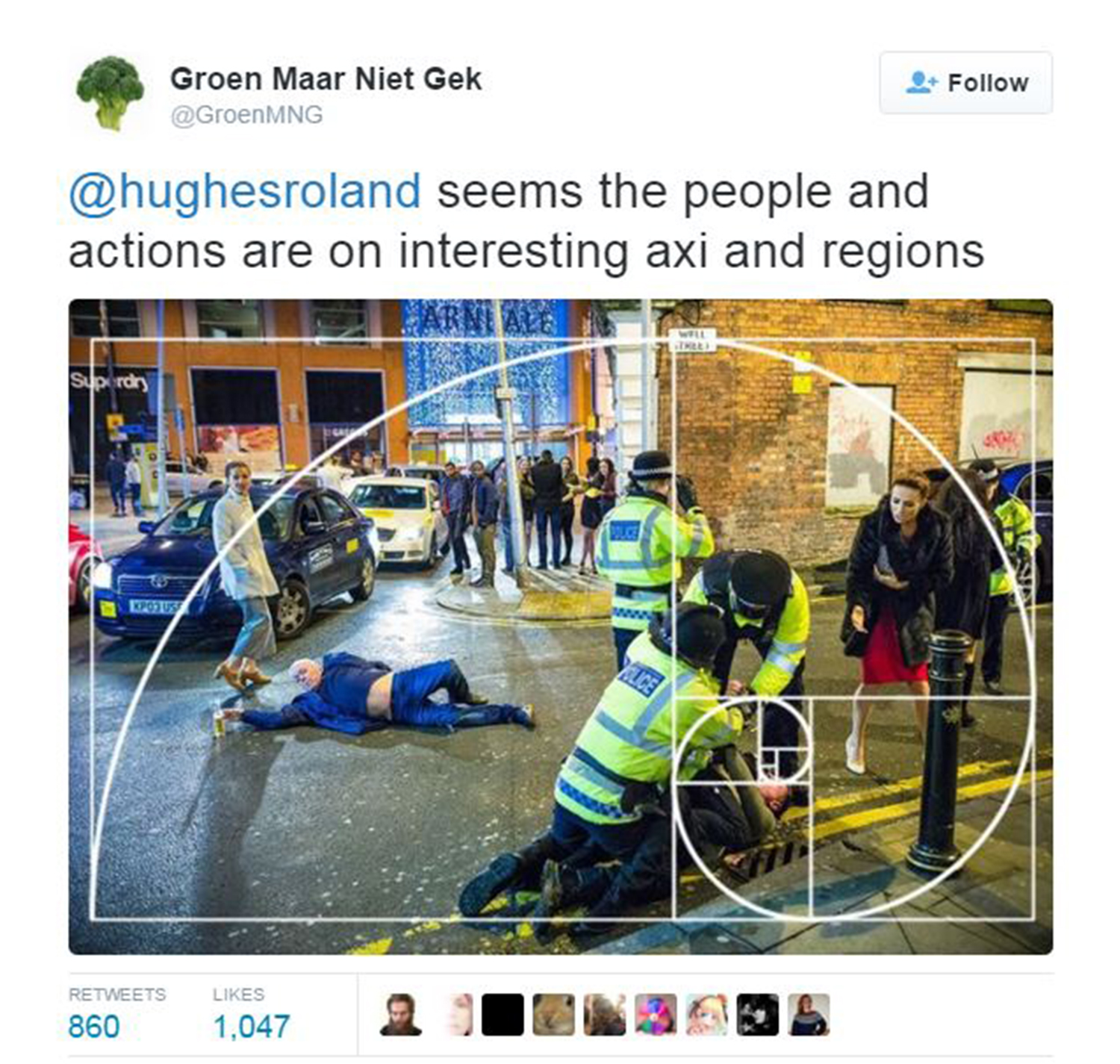 His New Year’s Eve photos were shared world-wide, gaining mainstream media coverage. Naturally, this lead to parodies, like the one seen above. 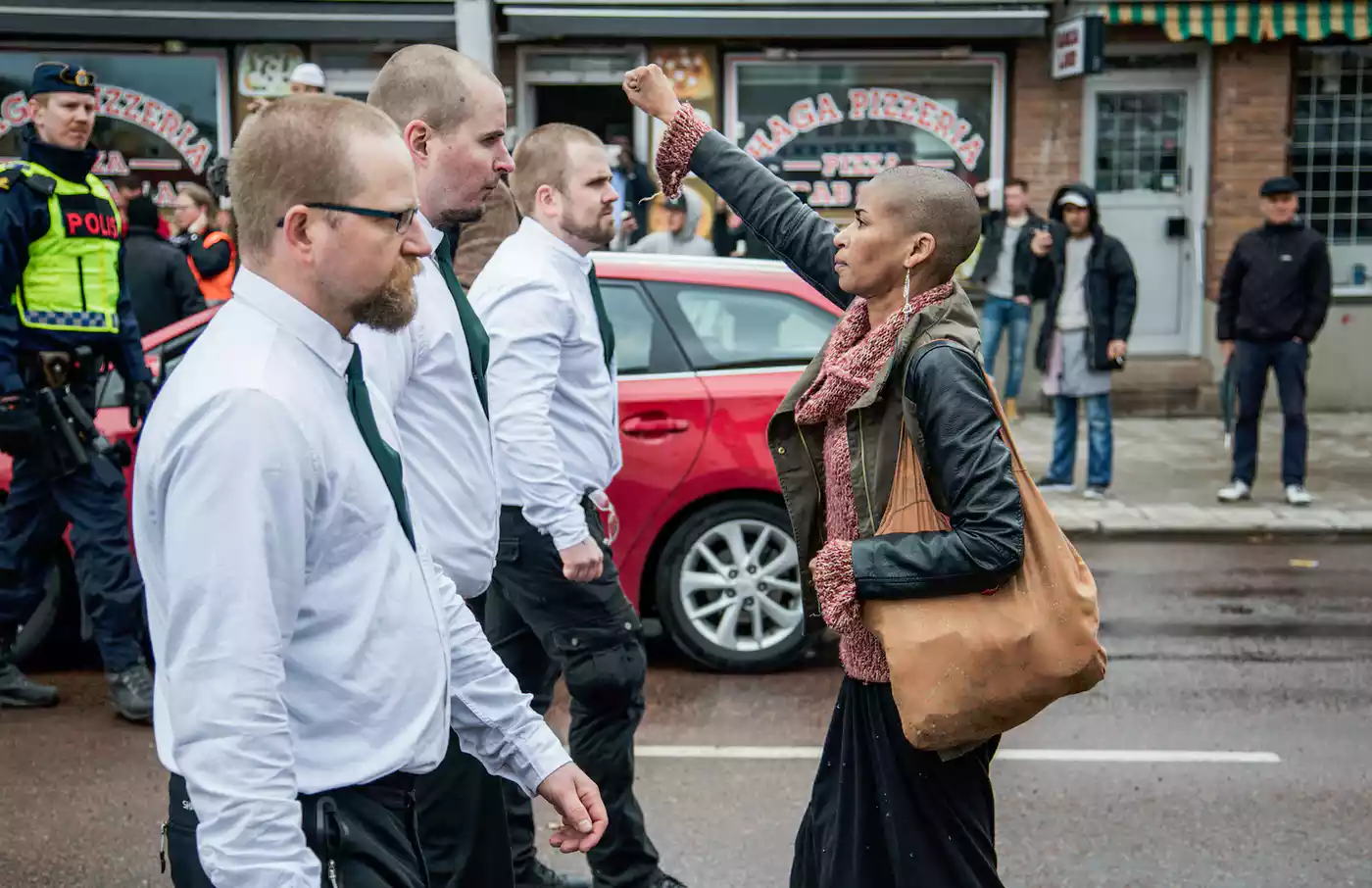 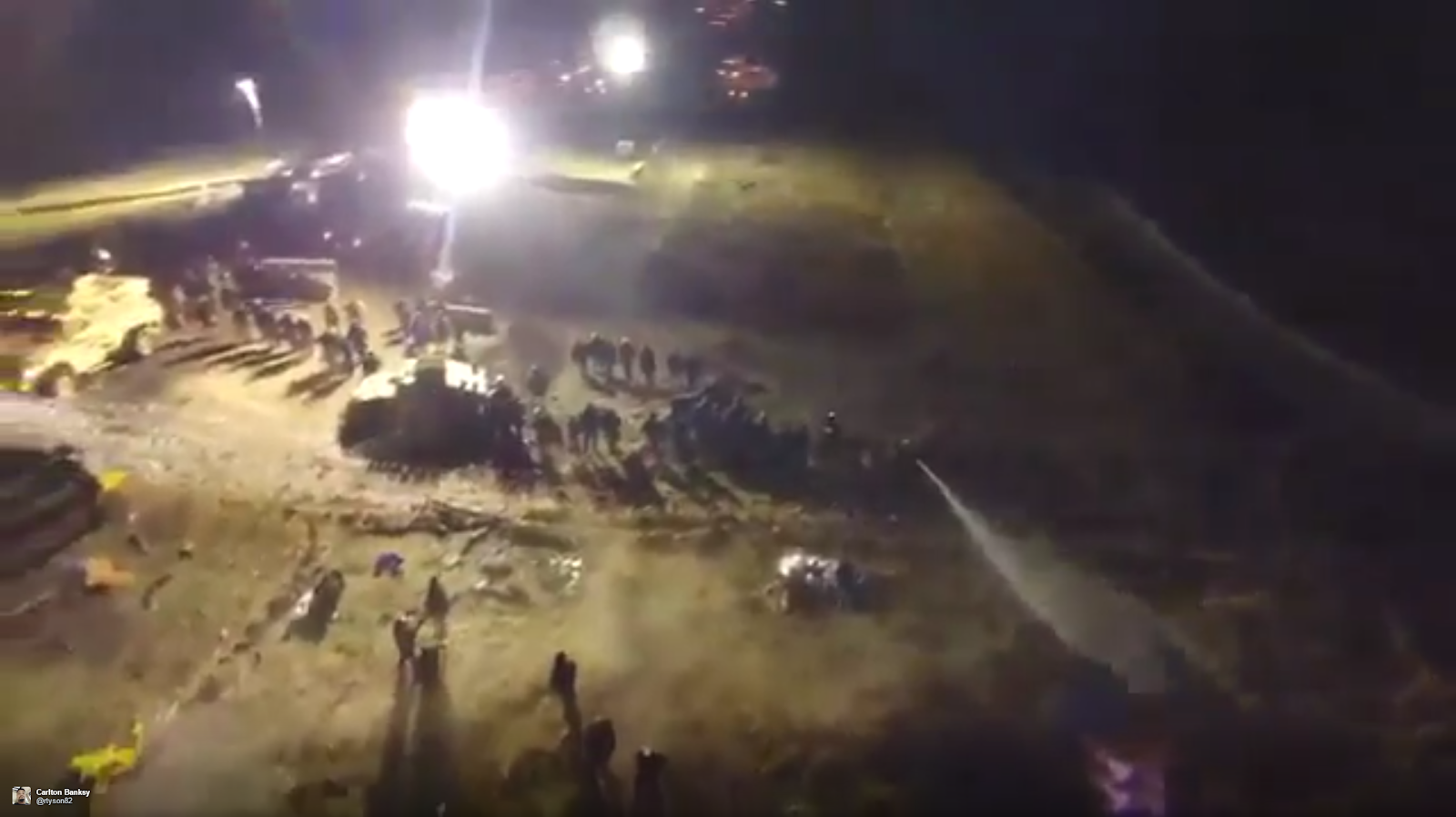 This still frame was taken from a drone video, filmed by Carlton Banksy, during the Dakota Access Pipeline Protests. The protesters braved the harsh North Dakota weather, while getting soaked with water cannons in below-freezing temperatures. The protesters had gathered by the thousands, in hopes of preventing the Dakota Access Pipeline from being completed (Standing Rock Indian Reservation, North Dakota). 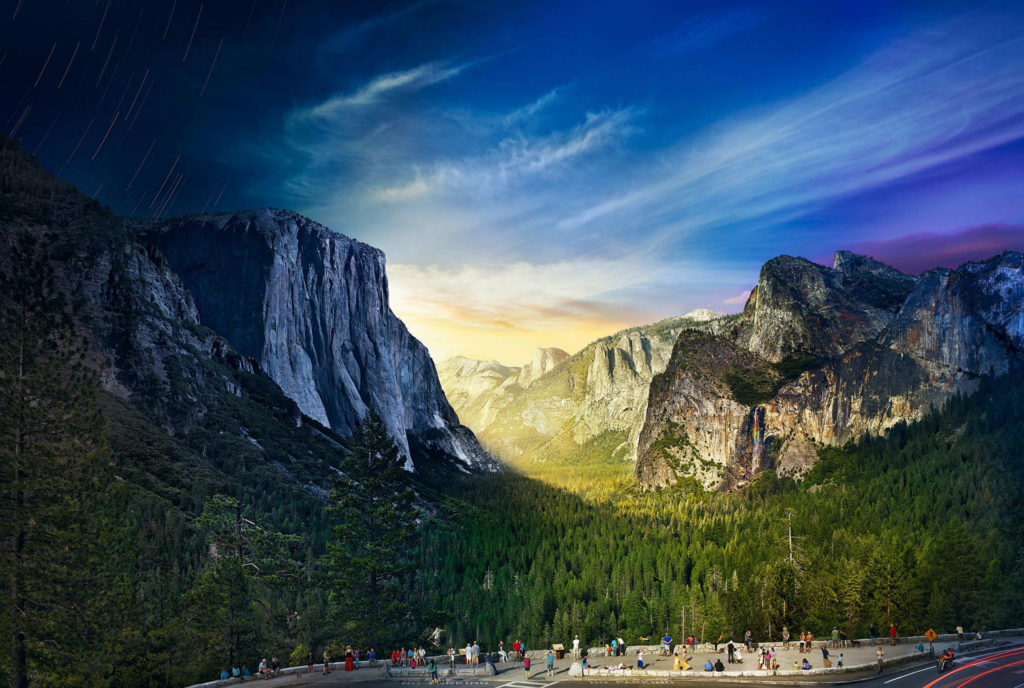 A personal favorite of mine, this gorgeous photograph from photographer Stephen Wilkes was comped together using hundreds of exposures taken over a 24-hour period (Yosemite Valley, CA). You can read more about the techniques Wilkes used in this excellent article from National Geographic. 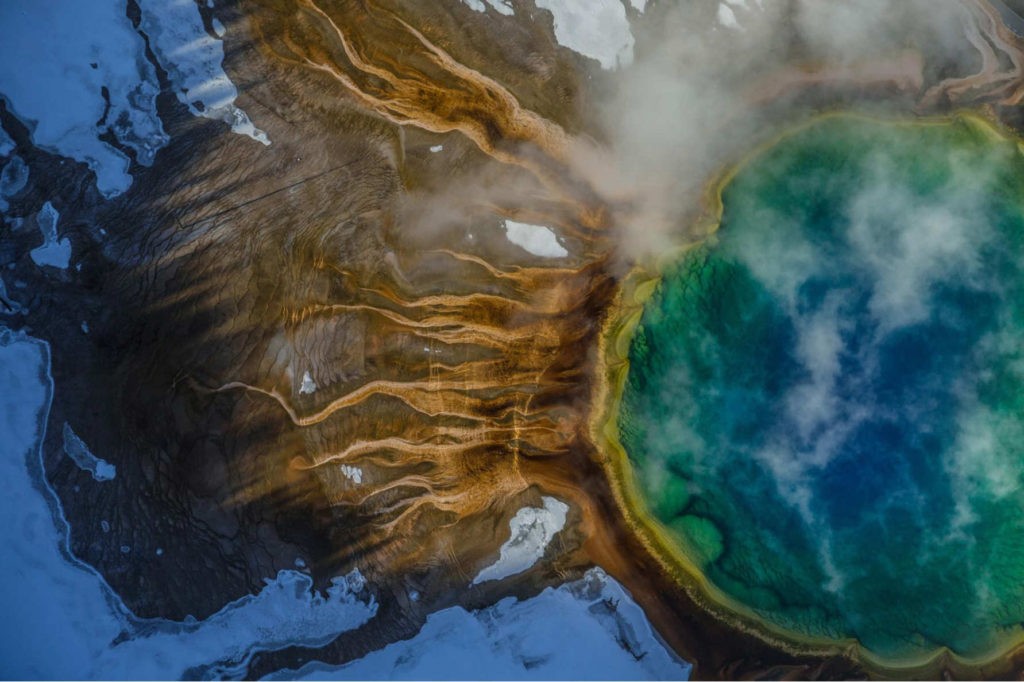 Another talented National Geographic photographer, Michael Nichols, brought us these incredible shots from Yellowstone National Park. This shot of the Grand Prismatic Spring shows off the colorful byproducts of thermophiles – little microbes that thrive in scalding hot water. 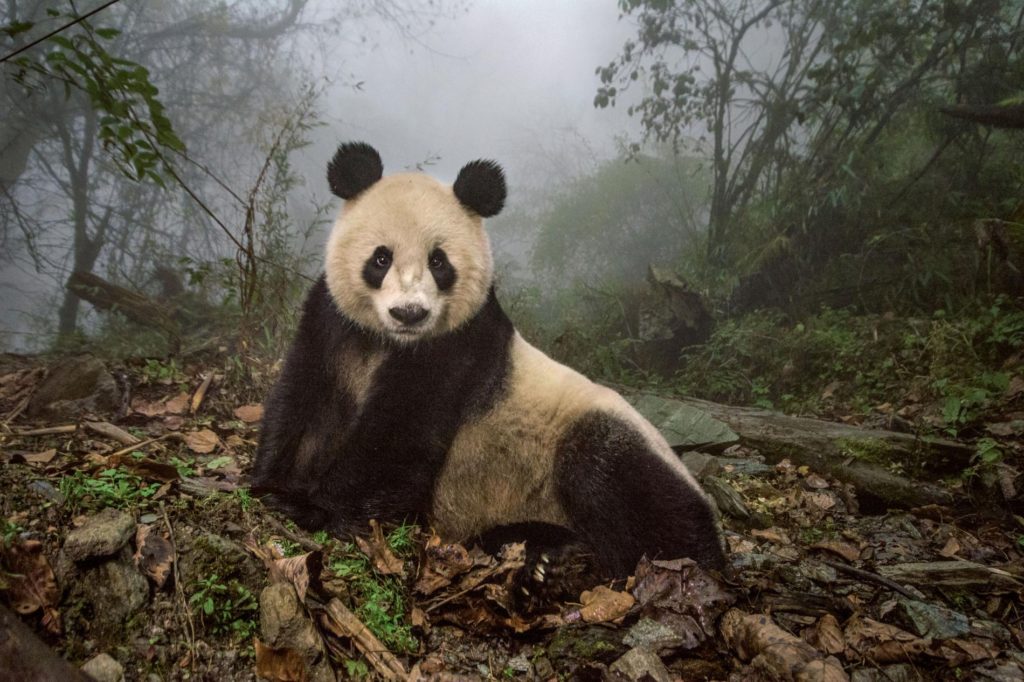 Professional photographer Ami Vitale took this award-winning shot of Ye-Ye, a 16 year-old Giant Panda who lives at the Wolong National Nature Reserve (Sichuan, China). Read more about these beautiful creatures (with plenty of adorable panda photos) in this excellent post from National Geographic. 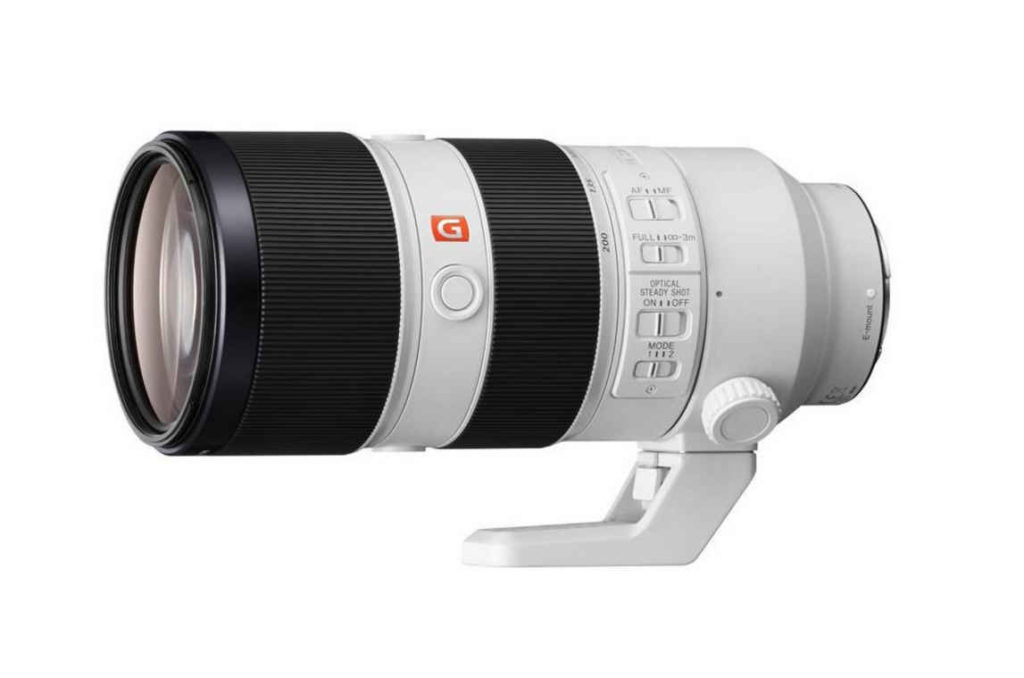 Our tests with the long-awaited, much anticipated Sony 70-200mm f/2.8 GM lens provided very sharp, natural-looking images, with quick, precise auto-focus and OIS (Optical Image Stabilization). Bonus: this portrait lens doesn’t suffer from focus breathing issues, unlike some other popular portrait lenses. One problem – this lens hasn’t even started shipping yet! It is available for pre-order, though: sdp.io/S200GM 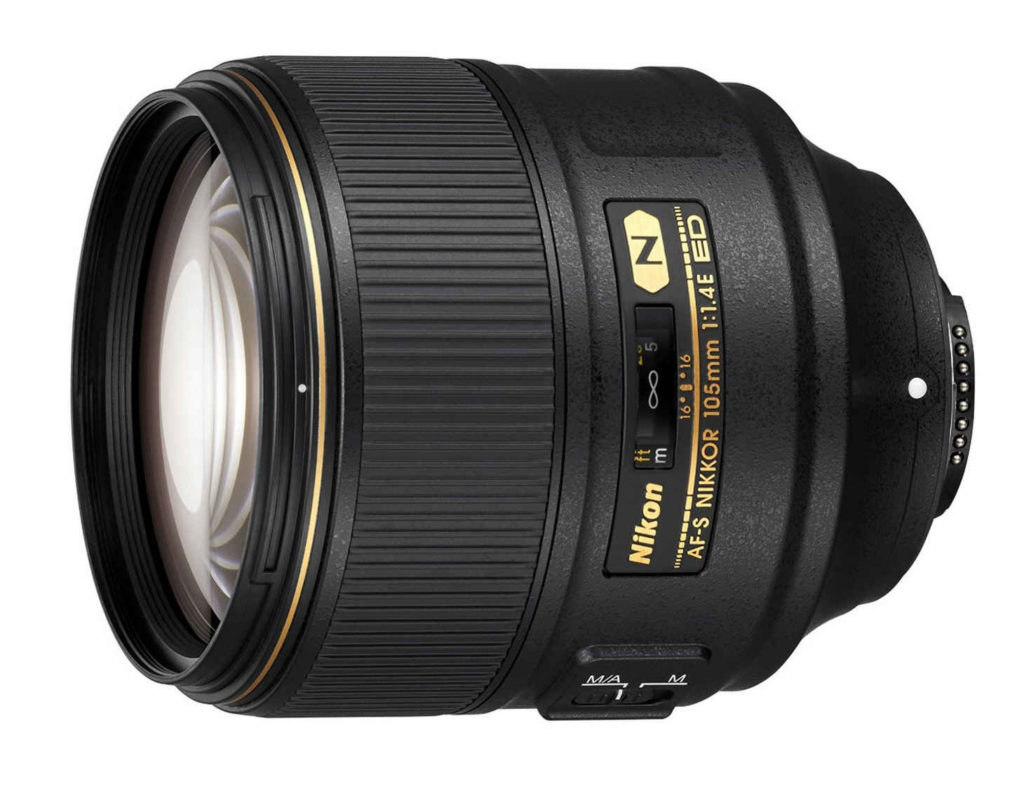 Our viewers who participated in our poll unanimously voted for the Nikon 105mm f/1.4 as the best lens of 2016! Currently in stock at Amazon.com: sdp.io/F105F14 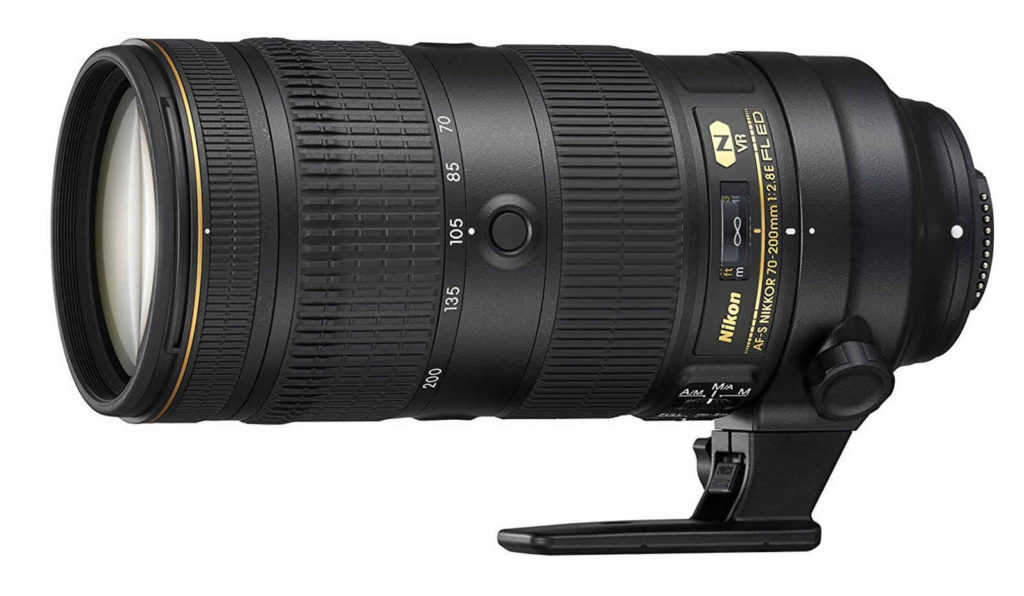 Tony & Chelsea’s personal pick for best lens this year went to the new Nikon 70-200mm f/2.8E portrait lens! The latest iteration in Nikon’s 70-200mm lineup featured improved overall sharpness, and fixed the horrendous focus breathing issues the previous Nikon 70-200mm f/2.8 suffered from. This lens was one of the reasons that Tony & Chelsea both switched to shooting primarily with Nikon gear, after years of using Canon bodies and lenses. 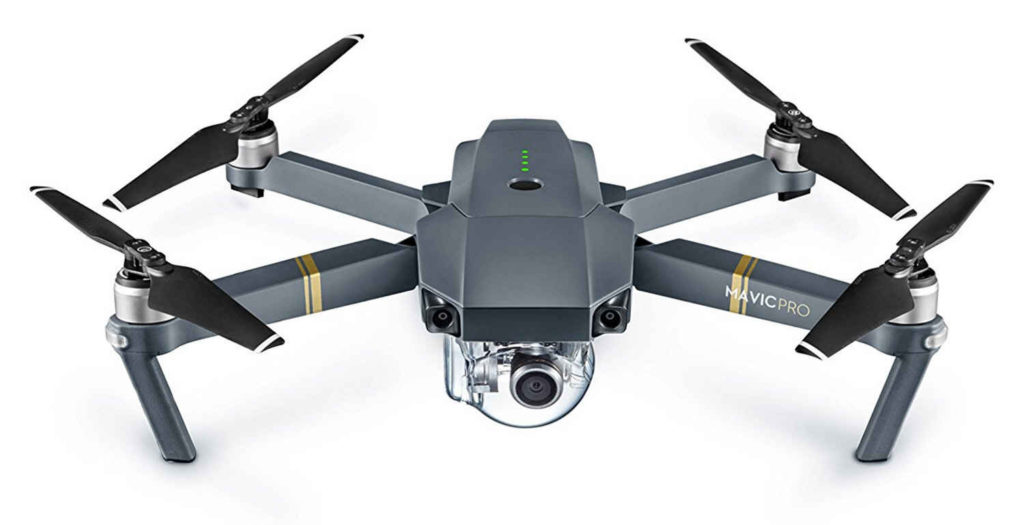 Both the viewers and T&C voted for the groundbreaking DJI Mavic Pro drone! Priced at about $1,000, this little drone is small enough to carry in a travel bag, without sacrificing any of the quality you would expect from DJI. This little drone can film 4k video at 30fps, and packs a punch with it’s 20MP sensor. Available from Amazon.com, you can see our review of the Mavic Pro here. 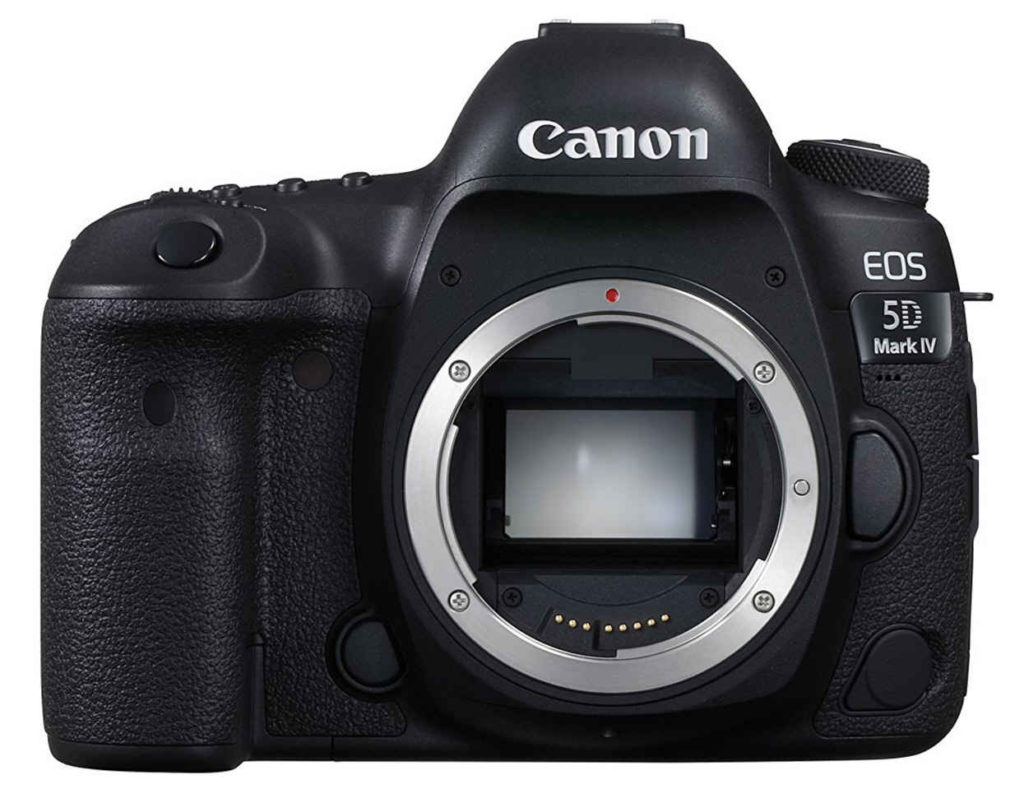 The viewers voted for Canon’s 5DmkIV as this years most disappointing camera. There isn’t anything really wrong with it, but the 5DmkIV didn’t really provide the features you would expect from such a long-awaited, popular line of cameras. Available from Amazon.com, you can see our review of the Canon 5DmkIV here.

Tony & Chelsea chose the GoPro Karma as 2016’s biggest disappointment. More of a sad story than anything else, the Karma was marketed as a portable drone – but came out at the same time as DJI’s Mavic Pro. Furthermore, the GoPro Karmas suddenly started dropping from the sky due to defective batteries, leading to a massive recall – that will quite possibly put GoPro out of business. 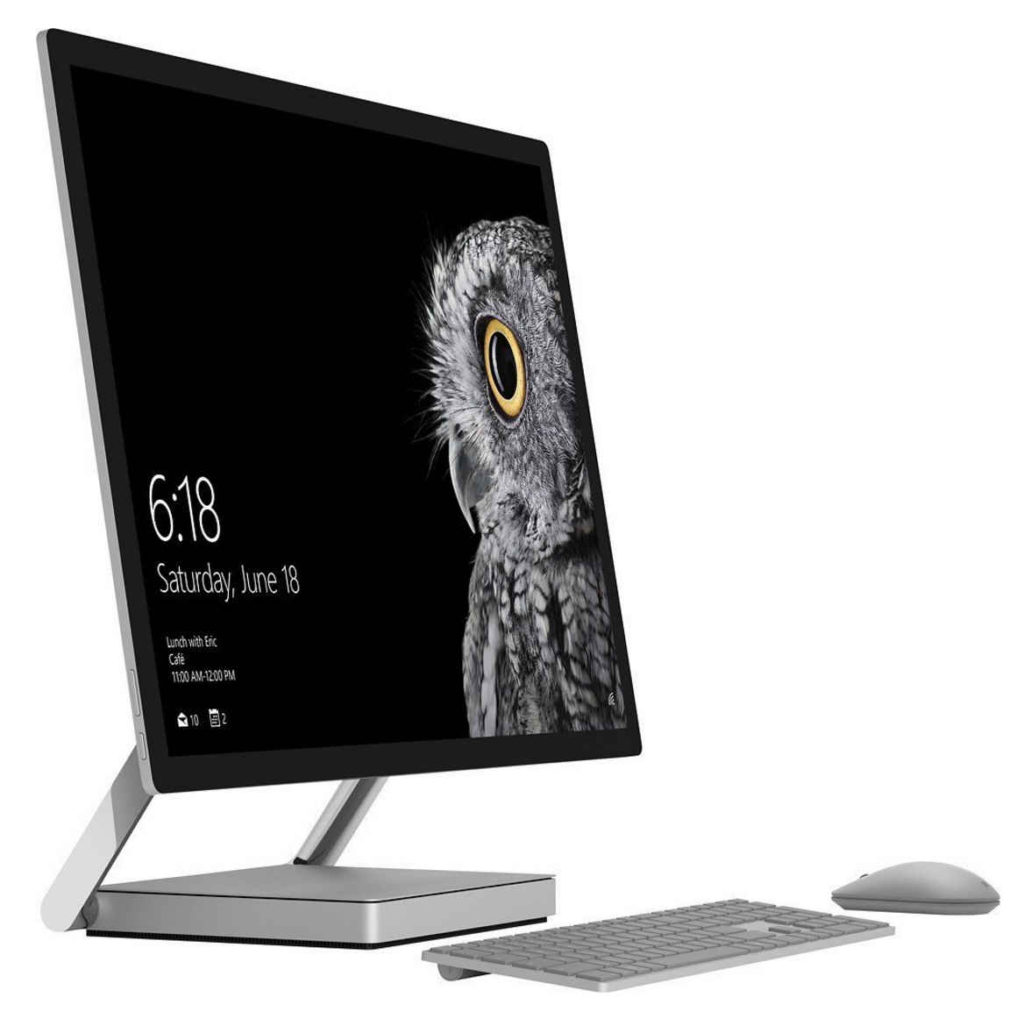 The viewers voted for the Microsoft Surface Studio as one of the biggest innovations of 2016. Microsoft’s new desktop workstation features a stylus and a unique knob for adjusting a wide variety of settings when it’s placed on the display. Available from Amazon.com.

Tony & Chelsea chose the Apple iPhone 7+, with its new “portrait mode” feature. The iPhone 7+ features a unique dual-camera – capable of shooting portraits with beautiful background blur, along with the standard iPhone wide-angle camera. Available from Amazon.com, or your preferred wireless provider.

Once again, the Apple iPhone 7+‘s dual-camera feature takes the cake in 2016! Tony, Chelsea and the viewers all voted for the iPhone 7+ in the “Best Smartphone Camera” category. 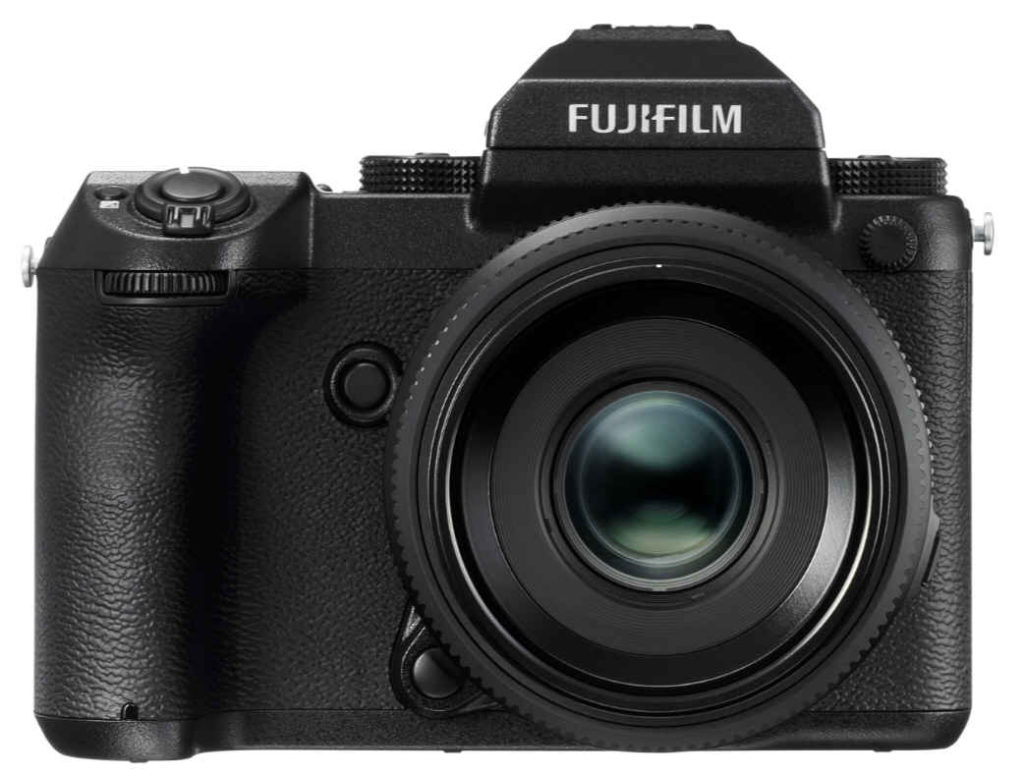 Tony, Chelsea and the viewers all chose FujiFilm’s GFX camera in the “Best Unshipped Camera” department. What makes the GFX stand out is its medium-format sensor, while still being far more compact than many other medium-format cameras. Despite Fuji announcing this camera months ago, it still has yet to see the light of day. 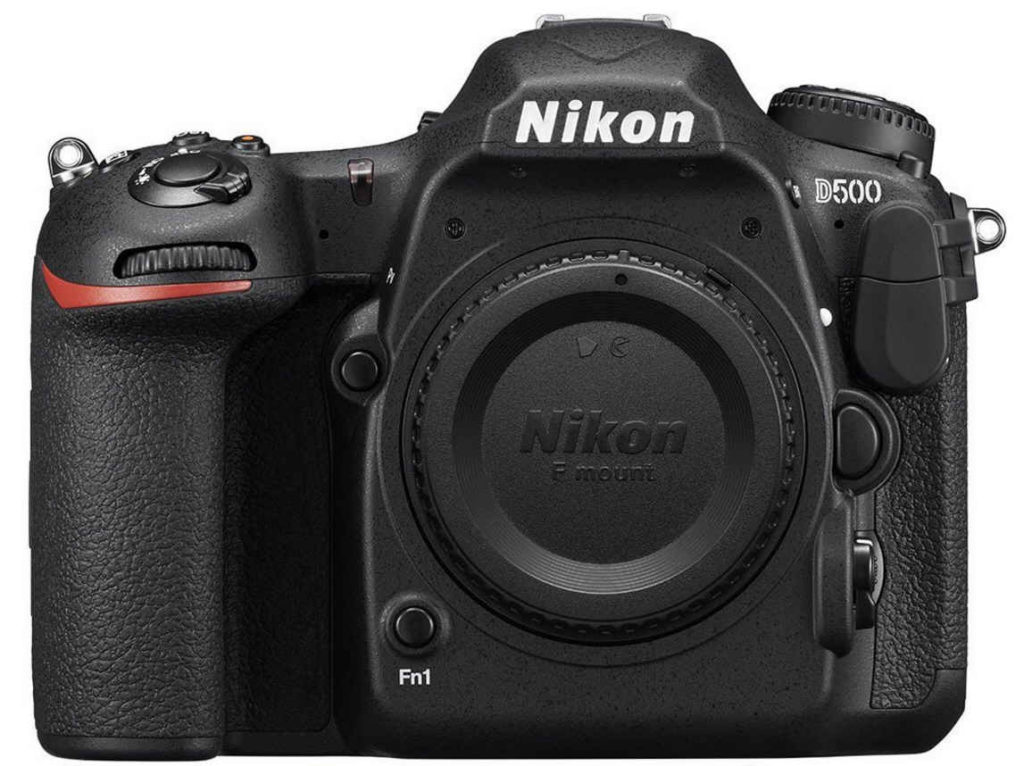 Our viewers voted for the Nikon D500 as the best camera of 2016! It’s easy to see why – although the D500 only has an APS-C size sensor, its incredible auto-focusing system makes it a must-have for any serious wildlife photographer. The D500 also can shoot 4k/30fps video, which is a huge plus! Available at Amazon.com, you can watch our review of the Nikon D500 here. 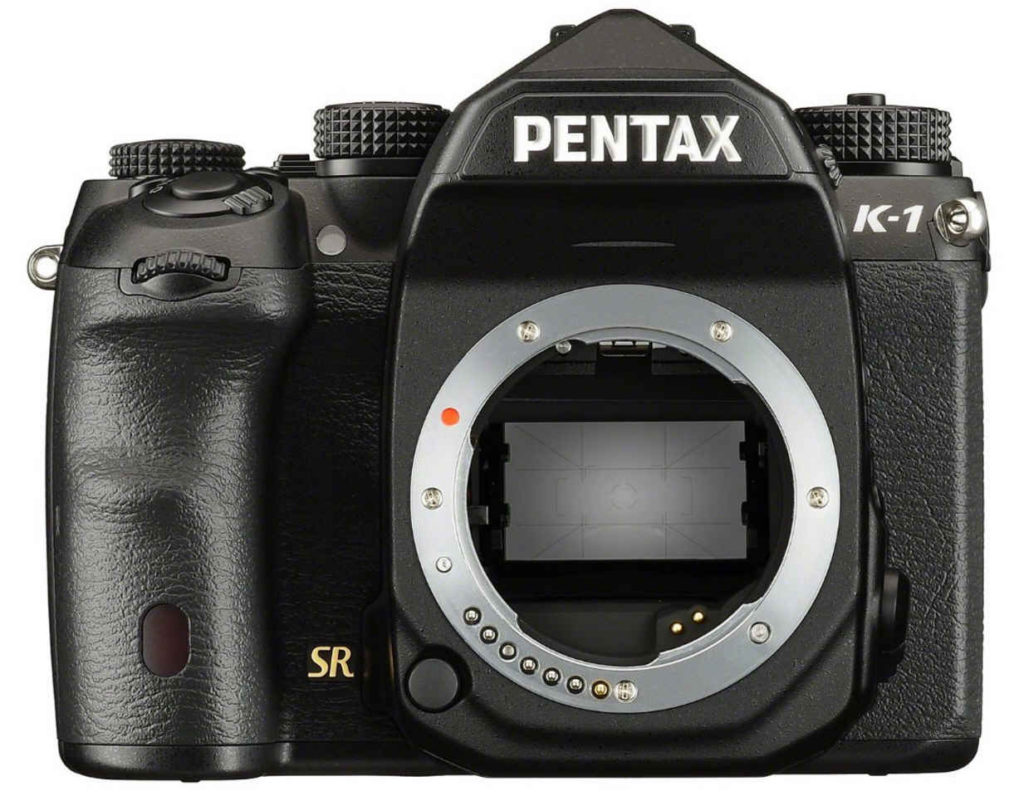 After spending a week travelling around California with the Pentax K-1, it’s easy to see why Tony labeled it, “the best landscape camera ever.” Although the K-1 is lacking a decent lens selection, it makes up for it with a 5-axis, stabilized full-frame sensor. Pentax also included PixelShift technology – which produces incredibly sharp, detailed images in all of our tests. Available from Amazon.com, you can see our Pentax K-1 review in all of its full glory right here!

That’s about it! Personally, I’m looking forward to 2017. We’d like to thank you all so much – not only for reading our books and watching our videos, but for making the podcast so successful as well. Have a happy, safe holiday, and we will see you all next year!