Most digital cameras save JPG files by default. To create a JPG, your camera takes all the raw data captured by its sensor, makes some guesses about the brightness, color temperature, and saturation, and throws away data that it doesn’t think you need. If you’re not a perfectionist, the JPG is fine. If you’re the type who wants as much detail as possible from your shots, or if you tend to edit pictures on your computer, you should save the raw files. Raw files store every bit of data captured by the camera. With a raw file, you can adjust the exposure and color of a picture on your computer much better than you could with a JPG. Raw files also tend to have more detail, especially in the shadows. While you can do these tasks with a JPG, using raw gives you more power to:

Raw files have some disadvantages, though. First, they’re huge. A 20 megapixel camera produces JPGs that are about 3MB each or raw files that are about 20MB each. Obviously, you’re going to need a bigger memory card and disk drive to save the raw files. Raw files also take longer to open on your computer. Before you share them, you have to convert them to a JPG file—but at least you have the chance to edit the raw file first. Finally, you’ll need to use software that supports working with raw files to take advantage of the benefits. If your camera supports raw files, it probably came with the software you need, but I recommend using third-party raw processing software instead. Personally, I use Adobe Lightroom ($140 to purchase, or $10/month with Photoshop at sdp.io/adobedeal) to convert them to digital negative (DNG) format. DNG is like raw, but it’s not camera specific. Other software that allows you to work with raw include:

JPG pictures have 8-bits per channel, which allows up to 256 gradients for red, green, and blue. That’s generally enough to make the gradual change in the color of a sky smooth; however, it is possible to see the color changes in a sky. Most cameras capture raw data using 12- or 14-bits per channel. That means that there can be up to 4,096 (for 12-bit) or 16,384 (for 14-bit) gradients. Your camera might not have that level of precision, but the extra bits allow the camera to record the light more precisely. This allows gradients in the sky, for example, to be perfectly smooth, whereas they might appear jagged in 8-bit JPG. The next figure shows 4-bit color vs. 8-bit color because you wouldn’t see the difference between 8-bits and 12-bits in this book. However, you can definitely tell the difference in prints or on your monitor. 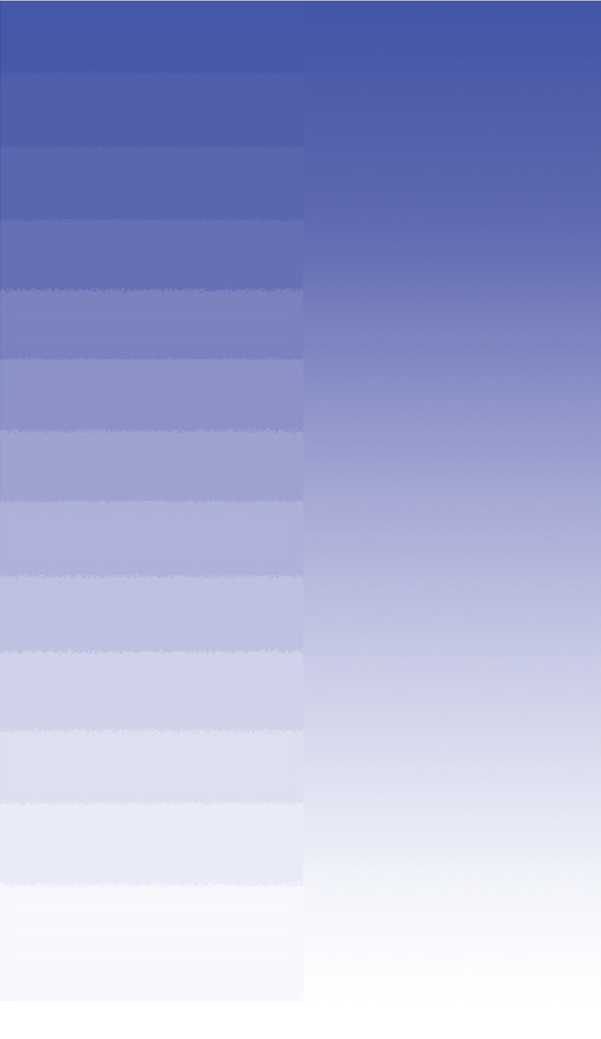 Raw can make a difference even if you plan to export your pictures to JPG. First, your computer can do a better job of converting raw files to JPG files than your camera. Second, if you adjust the exposure of a JPG file, you’re losing a portion of those 256 gradients. If you adjust the exposure of a raw file, the lost gradients make a much less noticeable difference.