While most photographic techniques were originally developed using film cameras, High Dynamic Range (HDR) photography is a relatively new technique that is only possible with digital cameras and powerful software. While many people think of HDR as a way to create dramatic and artistic pictures, HDR is primarily a practical way to overcome the limitations of modern digital cameras. https://www.youtube.com/watch?v=x7IE6cnkJ_c HDR overcomes several photographic challenges:

HDR also provides an artistic opportunity. HDR tone-mapping accentuates the contrast in a picture, allowing you to create striking and dramatic interpretations of the original scene. Tone-mapping is a feature of HDR software that adjusts the bright and dark areas of one or more pictures to either show a greater dynamic range in a single image or to accentuate the differences between shadows and highlights. https://www.youtube.com/watch?v=MfvwqcmM6FQ

At a high level, the process of creating an HDR picture follows these steps:

This figure shows a severely backlit steam engine scene that had too much contrast to photograph normally. I took these three photos at different exposures, and then used HDR software, Photomatix Pro, to blend them into two different HDR pictures: one providing a realistic representation of what I saw, and one providing a more artistic rendition (next). 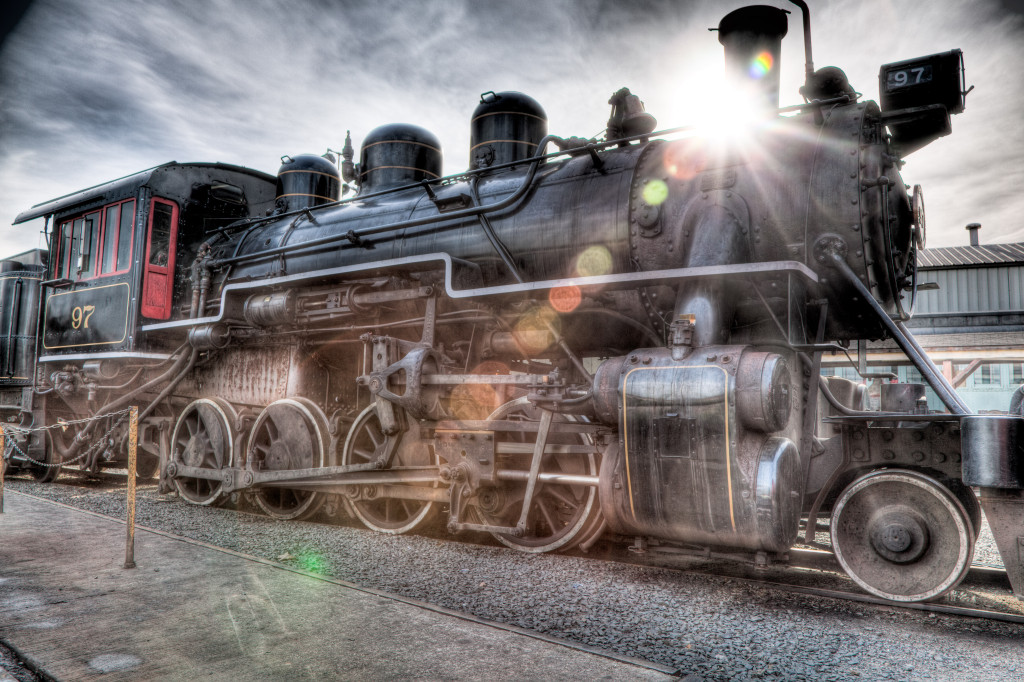 This is an excerpt from Chapter 11 of Stunning Digital Photography.