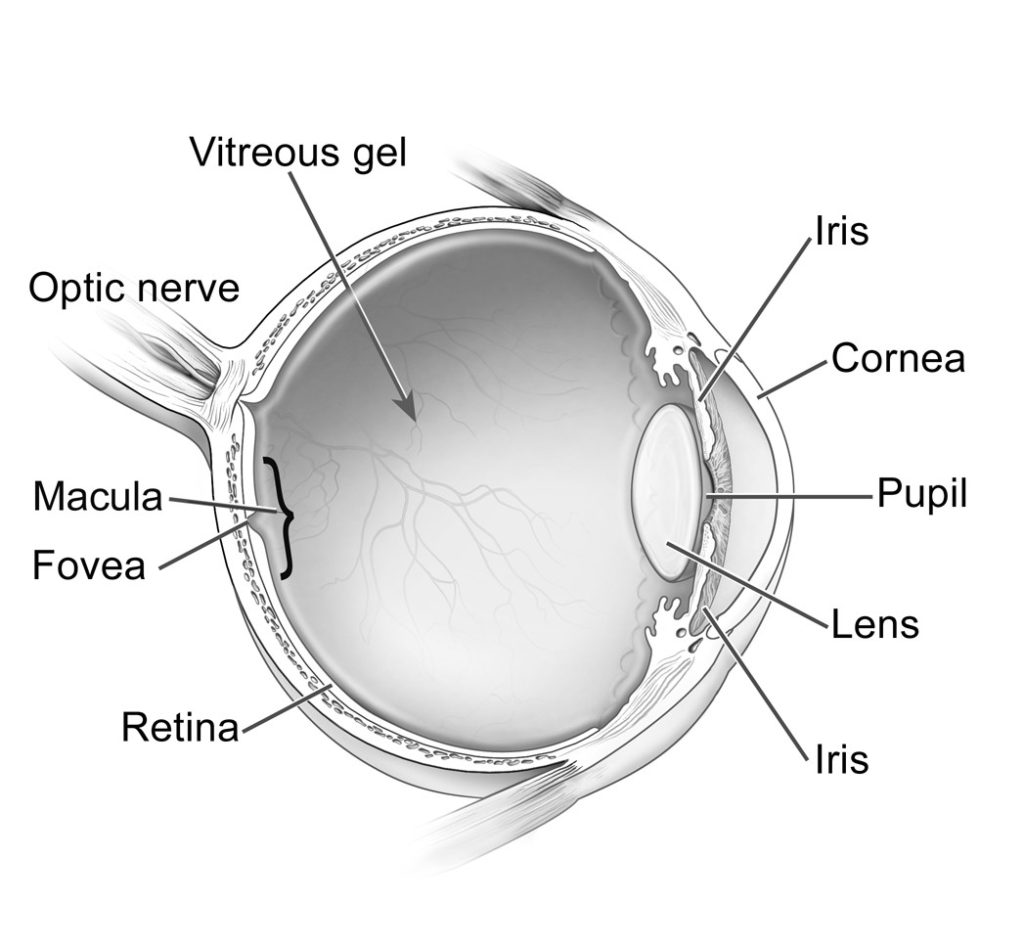 Schematic overview of the human eye 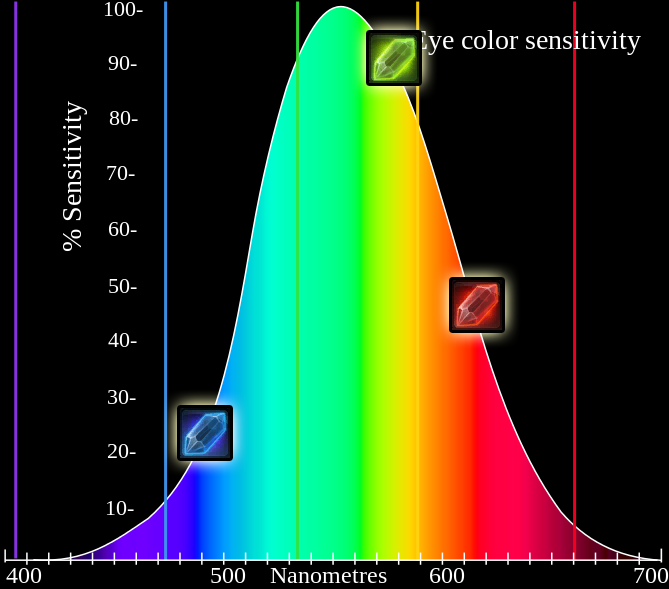 Hunab eye color sensitivity chart (cc-by-3.0 Skatebiker, vector by Adam Rędzikowski, Wikimedia Commons). There is still some debate over the eye color sensitivity process, resulting in two popular theories among scientists. Studies show there are three distinct cones (blue, green and red…not all that different from modern camera sensors), that work in concert to produce what we perceive as color. For a more detailed explanation, see the Wikipedia article we refer to. 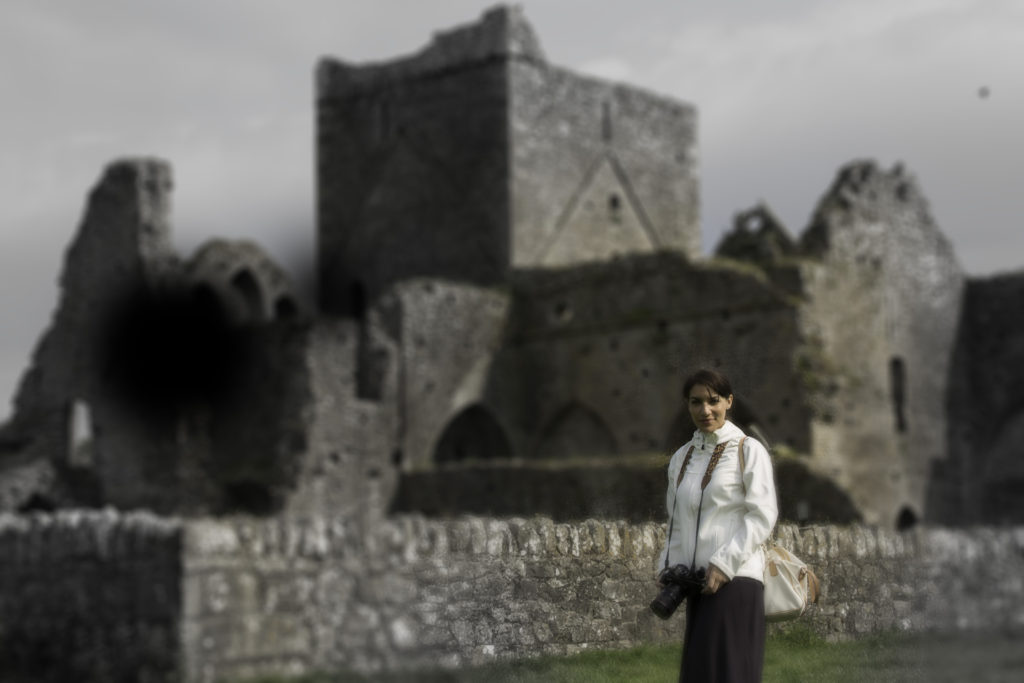 Chelsea’s conceptual photo of what a camera would “see” using the same techniques the human eye does. Note the muted colors and lack of sharpness in the periphery, and the black dot demonstrating the, “blind spot,” each eye has. 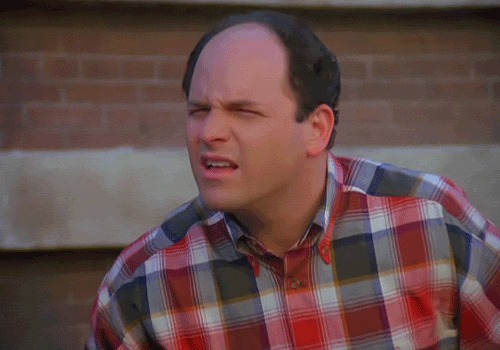 George Costanza, prescription glasses wearer from the hit TV series Seinfeld, states that he has, “perfect 20/20 vision when I squint.” There may be some truth to this – as Tony stated, while squinting, this would be akin to shutting down the aperture in a camera lens, thus increasing the overall sharpness.